The Library of Congress has a most interesting article listing each country that has laws against blasphemy, defaming religion, harming religious feelings, and similar conduct.
Israel has such a law in its 1977 Penal Code. 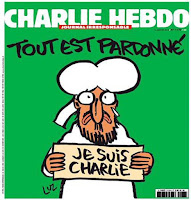 There is obviously tension between this law and freedom of expression, and the LOC lists various examples where freedom of expression won out - allowing the showing of the film The Last Temptation of Christ, or allowing the distribution of the Charlie Hebdo cover that showed Mohammed saying "I am Charlie."
The document lists only a single case where this law was invoked:

In a 1998 decision the Supreme Court rejected an appeal from a conviction of attempting to injure religious sentiments by trying to post flyers in Hebron, a city with a majority of Muslims that had experienced a high level of tension between Jews and Arabs in recent years. The flyers depicted a pig wearing an Arab head cover and labeled “Muhammad” stepping on an open book titled “Quran.” The Court noted that, considering that freedom of speech constitutes a basic principle of a democratic state, indictments under section 173 of the Penal Law were rare. In the circumstances of the case, however, there was no need for expert opinions to prove that the flyers could cause injury to the feelings of Muslims in Hebron and crossed the line of what was permitted as free speech.

This means that, as far as I can tell, the only time this law meant to protect members of a religion from being offended in Israel was invoked was when the offended people were Muslims.
This is also a case where the situation where Israeli residents of the territories have different laws than the Palestinian citizens is to the Palestinians' advantage. The Jews of Hebron have to adhere to Israeli law not to crudely offend their Muslim neighbors, but the Israeli courts cannot force the Muslims there to act the same way towards Jews.
(h/t Irene)
We have lots of ideas, but we need more resources to be even more effective. Please donate today to help get the message out and to help defend Israel.
Elder of Ziyon at Monday, October 26, 2020
‹
›
Home
View web version