Bahrain accepts that anti-Zionism is a form of antisemitism, that Jews are a people (not only a religion,) and that Israel is the nation-state of the Jewish people. THIS IS HUGE. 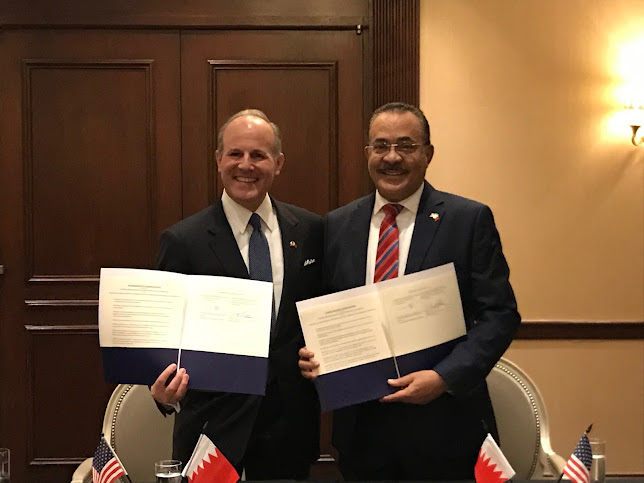 Almost lost among the flurry of announcements around Israel's peace with Bahrain was this Memorandum of Understanding between the US State Department Office of the Special Envoy To Monitor and Combat Anti-Semitism and Bahrain's King Hamad Global Centre for Peaceful Coexistence.
Here it is:

For the first time, an Arab nation has accepted that anti-Zionism is a form of antisemitism. Arabs of course know this well - while they have been arguing since the 1940s that the two are separate, they know quite well that antisemitism has been used to fuel anti-Zionism in the Arab world and that opposition to Israel has always been based on antisemitic theories, theories which we have documented here many times from Arab media.
That is not even the most astonishing part!
This MOU calls for "peaceful coexistence between the Arab and Jewish peoples and their respective nation-states," meaning that Bahrain accepts Israel as the nation-state of the Jewish people.
Note that the text says "Arabs and Jews are both Semitic peoples." This shows that Bahrain accepts Jews as a people, not merely members of a religion as the Palestinians insist. (Yes, the agreement is with the King Hamas Center and not the government, but the King Hamad Center represents the King.)
Not only that, but it accepts Jews as a Semitic people, meaning that that are an indigenous people of the region that belong there every bit as much as Arabs.
Even beyond that, this MOU says that Bahrain will work to establish peace between Israel and all Arab states to establish peace in the entire region. Peace between Israel and Bahrain is not looked upon as a narrow bilateral agreement but as a springboard to establishing Israel as a permanent part of the Middle East.
Elan S. Carr, the US Special Envoy to Monitor and Combat Anti-Semitism, has been working on this for quite a while. First news of an MOU came in February and it is unclear if they waited for Israel/Bahrain peace for issue the text (I could find no stories of an actual signing of the MOU as planned in March), since it would have been awkward for Bahrain to accept Israel as the Jewish state before the normalization agreement.
In some ways, this is even more amazing and groundbreaking than the Israel/UAE agreements announced so far.
We have lots of ideas, but we need more resources to be even more effective. Please donate today to help get the message out and to help defend Israel.
Elder of Ziyon at Monday, October 26, 2020
‹
›
Home
View web version