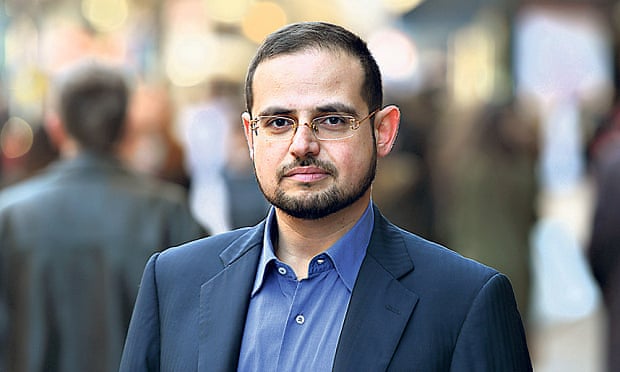 Aiman Dean, known as Ramzi, was a member of Al-Qaeda who turned into an agent for Britain's MI6 and later an author.
He was recently interviewed by Russia's Sputnik where he discussed, among other things, the relationship between Al Qaeda and Hamas.
Arabs always ask why Al Qaeda never attacked Israel directly. The terror group always talks about liberating Al Aqsa and Palestine from the Jews, yet it never appeared to do anything to help.
According to Dean, the reason was because there was a secret agreement between Hamas and Al Qaeda. Hamas asked Al Qaeda not to do any attacks against Israel in exchange for terror training so Hamas terrorists could do the attacks themselves.
In the late 1990s Hamas sent a small number of operatives to Afghanistan to get trained in new sophisticated bomb-making techniques. According to Dean, all the suicide bombings by Hamas from 2000 to 2003 used Al Qaeda technology, where the explosive capacity of bomb belts were doubled and the triggers were changed from electronic, which was error-prone, to a more easily created manual trigger that would explode with only a light blow on the suicide belt.
Dean - almost defensively - added that Al Qaeda was in fact busy targeting Israelis and Jews outside Israel, listing the 2002 synagogue bombing in Ghriba, the 2004 Taba bombings, an attempted anti-aircraft missile attack against an Israeli plane that took off from Kenya that would have killed 300, and the bombing of two synagogues in Istanbul that killed over twenty.
The former terrorist added that the other reason Al Qaeda was not interested in directly attacking Israel and leaving that to Hamas was because "Al-Qaeda was preoccupied with the head of the snake, which is the United States of America."
Both Hamas and Al Qaeda have roots in the Muslim Brotherhood, so none of this is too surprising - except that the only evidence of direct links has been circumstantial up until now. In 2007, Osama Bin Laden cut his ideological support for Hamas and by 2009 Hamas was fighting with Al Qaeda elements in Gaza.
In the Sputnik interview, Dean was asked about what other nations and organizations Al Qaeda cooperated with besides Hamas. "The biggest relationship that existed was with Iran and I say it frankly. Then there was Qatar, and there were also relations with Sudan, and to some extent there was cooperation with Yemeni intelligence, and there was also a relationship to some extent with the Pakistani intelligence," he answered.
We have lots of ideas, but we need more resources to be even more effective. Please donate today to help get the message out and to help defend Israel.
Elder of Ziyon at Tuesday, September 22, 2020
‹
›
Home
View web version