Editors at major publications for years have treated this person as representative of the Jewish political world. 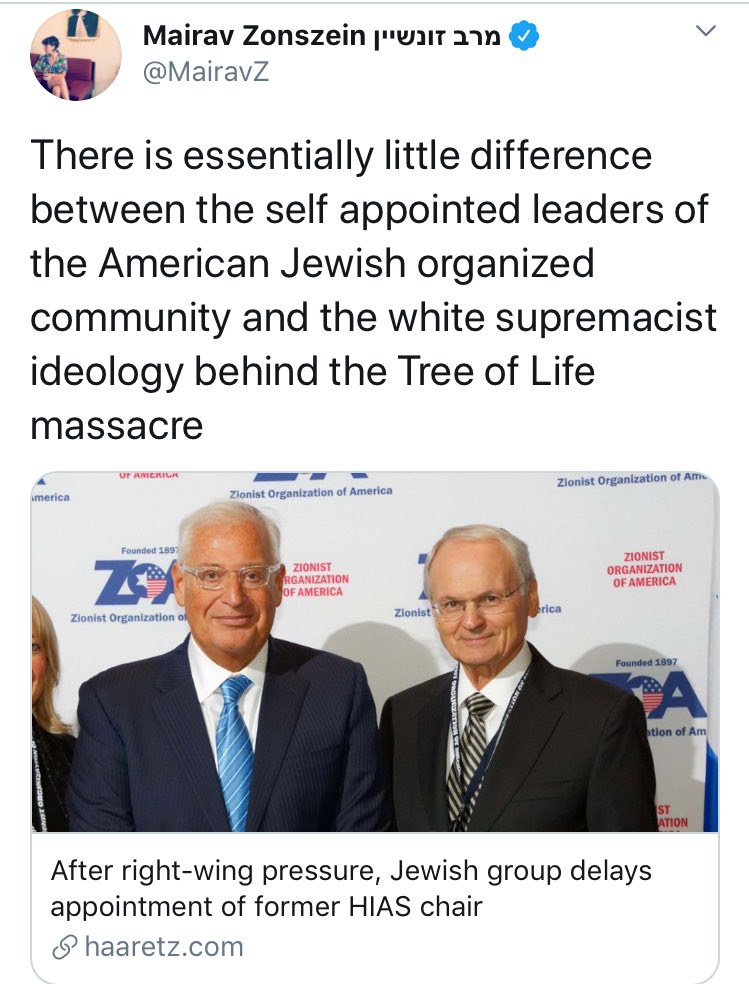 Said it before and will say it again: There needs to be a massive reformation in how the US media talks about Israel. Who they publish, who they run to for quotes, who they rely on as experts. Top-to-bottom--if indeed there is a bottom--bedikat chametz.
If your opeds and guest spots are going to someone who says Jews are Nazis, if your 'experts' are the ones who predicted Armageddon for recognizing Jerusalem's Jewish connection, etc., you really need to understand how deeply you've defrauded your readers/viewers and atone.
How many ppl are in your 'Israel & US Jewry' rotation who denied Jewish peoplehood simply because Trump recognized it? How many 'No, the Jews aren't a nation' tokens do you still publish? It's gut check time, folks.
Every oped you gave to Mairav Zonszein instead of, say, Shoshanna Keats Jaskoll is another al-chet you owe the heavens. How you've distorted a great religion because someone's name sounded Israeli enough for you to make them your token.
The worst part is, you don't think the Jews deserve more than this.

Stephen Daisley added:
A righteous thread, but I'd go further than @SethAMandel. There is a real problem with non-Jewish editors consistently, almost exclusively, commissioning those willing to vilify the Jewish mainstream, Jewish communal groups, Israel etc. I question the motives of those editors.

Dissonant voices naturally capture the attention of an editor. That's why e.g. the NY Times is far likelier to publish a Catholic priest defending abortion than one denouncing it. This is not that. This is more deliberate and more targeted.
There are respected liberal newspapers whose commentary on Israel is largely written by people most Jews have never heard of and who espouse views most Jews do not share. Yet non-Jewish editors hold them up to non-Jewish readers as representative.
This is not about identity politics. Anyone can write about anything as long as they know about it. (As a non-Jew who does just that, that's kind of a 'duh' point from me.) The problem is one of distortion and misrepresentation.
When your good, progressive newspaper consistently presents a distorted view of Jewish thinking (and treats no other community that way) you should stop and ask yourself exactly what you're up to. Because what you're up to isn't good or progressive.

I'm not sure this is only a problem with non-Jewish editors. I think there are a high percentage of Jewish editors who have swallowed the "progressive" Kool-Aid and think that the people they follow on Twitter are representative of Jews as a whole. (This happens on other topics as well.)
We have lots of ideas, but we need more resources to be even more effective. Please donate today to help get the message out and to help defend Israel.
Elder of Ziyon at Wednesday, April 29, 2020
‹
›
Home
View web version