Palestinians need to feel relevant - which makes them love terrorism

As I was looking at Arab stamps for my last post, I noticed this one from Kuwait: 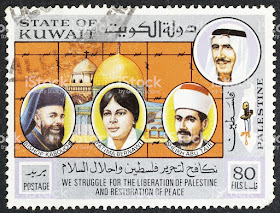 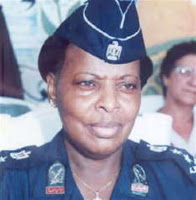 I didn't recognize Fatima Bernawi - because she was black, and the Kuwaiti stamp designer was apparently a racist.

In October 1967 she, along with two others, left a bomb in a handbag under a seat at the Zion Cinema. An alert policeman heard the ticking and managed to take the bomb outside to an empty area where it exploded before the bomb squad could arrive.

Bernawi was sentenced to life in prison, but was released in a prisoner swap in 1977.

In a fawning article about her on Face2Face Africa, Bernawi was quoted before her death as being proud of her acts, even though they didn't kill anyone. Her reasoning is rather sick:

Before her death in Amman in 2016, Bernawi spoke of how she had dreamt about the attempted cinema bomb attack all her life.

She said that though the attack was a failure, she believed it was successful.

“It generated fear throughout the world. Every woman who carries a bag needs to be checked before she enters the supermarket, any place, cinemas and pharmacies… I don’t define that as a failure,” she said in 2015.

Palestinians have such a low self esteem that, like children having a temper tantrum, they want to make sure that they have made a difference to the world - no matter that their contribution is to force the world to spend tens of billions of dollars in extra security.

The article also notes how much of a hero Bernawi was to today's Palestinian leadership:

This was after she had received the Star of Honour, the highest military decoration awarded by the Palestinian Authority.

Bernawi, according to media reports, was honoured for her outstanding sacrifice and courage against “the enemy” and for her “pioneering role in the struggle, her sacrifice for her homeland and her people, and its revolution, and her willingness to give from the beginning until now”.

Bernawi was also honored in honor of Palestinian Prisoner’s Day, on April 17, 2015.

She was described as “one of the first Palestinian women to adopt [the means of] armed self-sacrifice operations after the start of the modern Palestinian revolution, which was launched by Fatah on January 1, 1965.”