Funny how no Arab stamps mentioned Jerusalem before 1967 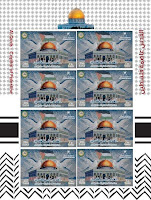 Oman has just issued a stamp with the slogan, "Al Quds - Capital of Palestine."

There have been dozens of similar stamps over the years issued in Arab countries, often with pictures of the Dome of the Rock.

But when did they start?

The first Arab stamps to feature Jerusalem as a motif came from Jordan and then various other Arab states in 1969 as a tax to pay for the restoration of the Al Aqsa Mosque after it was burned by a mentally ill Christian. 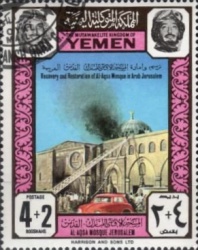 But before 1967, not one Arab stamp ever featured Jerusalem as its theme. (Saudi Arabia featured the Kaaba in Mecca in a 1965 stamp.)

Stamps tell you a lot about the priorities of the nations. Before 1967 there were plenty of Arab stamps that were anti-Israel.  But no Arab nation felt that Jerusalem was worth commemorating - until the Jews too control of it.