What Bernie Sanders, and J-Street, don't know about Gaza 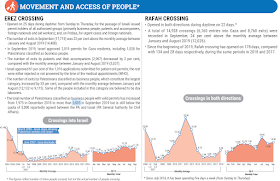 Yesterday at the J-Street conference Bermie Sanders said that as president he would tell Israel, “If you want military aid, you’re going to have to fundamentally change your relationship with the people of Gaza. In fact, I think it is fair to think that some of that $3.8 billion should go to humanitarian aid to Gaza.”

Others have already noted how crazy what he said was:


Just when you thought Bernie Sanders couldn’t get any more radical, he outdid himself.  He wants to take money we give to Israel to defend itself from terrorists, and give it to Gaza, which is run by terrorists?? Unreal. Why isn’t every other Dem pres candidate saying he’s wrong?
— Nikki Haley (@NikkiHaley) October 29, 2019

But Sanders doesn't even have his facts about Gaza right.

Gaza is a hellhole, no doubt about it. But Israel has been working to help the innocent people of Gaza, a fact that the media largely ignores.

Israel decided this year to allow day laborers into Israel from Gaza. Nearly 4000 Gazans now have entry permits into Israel, and another thousand are approved.

The number of Gazans entering Israel every month is now nearly double what it was in 2018.

The number of Gazans entering Israel is more than double the number that enter Egypt.

Sanders claimed that many of the items denied by Israel into Gaza were items that could not be used for military purposes. This hasn't been true for many years. If Gazans can order the items and find a seller, they can get it.

Israel allows and promotes infrastructure projects in Gaza. The amount of waste Gaza spills into the sea is now half what it was in January. The desalination plant is up and running.

Surprisingly, Gaza now imports about twice as much fuel from Egypt as from Israel, almost certainly because the PA cannot tax the fuel from Egypt so Hamas can get it for cheaper.

(Most of these statistics come from the UN.)

Israel has worked closely with Qatar to bring in aid to Gaza. The relationship started when Egypt refused to allow Qatar to ship construction materials into Gaza through its border. It was Israel that agreed with an Arab country that is friendly with Hamas in order to help ordinary Gazans.

The shortages of medicine and power in Gaza are usually more the fault of the Palestinian Authority which has been trying to use economic warfare against Hamas, collectively punishing all Gazans. When was the last time you heard the word "collective punishment" used against Palestinians that was not blaming Israel?

Israel has done other things but reserves the right to modify them (like how far Gaza fishermen can go into the Mediterranean) when there are rockets or other attacks from Gaza. Lately, things have been quieter and as a result things are getting slowly better for Gazans.

In many ways, Israel is helping Gazans more than any Arab country (including the PA) outside of Qatar. (Iran, meanwhile, payrolls Hamas and Islamic Jihad terrorists, a small fact that wouldn't be mentioned at J-Street either.)

So what would Bernie propose, specifically, that Israel do more than it already is? Gaza's problems are a result of Hamas and Palestinian Authority infighting, Hamas prioritizing terror over governance, and Arabs at large sick and tired of supporting the Palestinian issue.

It isn't the blockade.  It's not as if Gaza is exporting goods to Egypt. Nothing is stopping that - except Egypt doesn't want to buy. Would Bernie force Israel to buy Gaza goods it doesn't want?

Living in Gaza is awful. Israel is doing a great deal that the media (and of course J-Street panelists and speakers) do not report on, because demonizing Israel is the order of the day.


We have lots of ideas, but we need more resources to be even more effective. Please donate today to help get the message out and to help defend Israel.
Elder of Ziyon at Tuesday, October 29, 2019
‹
›
Home
View web version