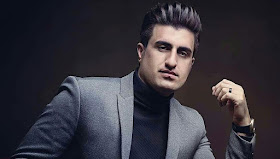 From The Free Iranian:

Mohsen Lorestani, (born Mohsen Pourmast) an extremely popular Iranian-Kurdish singer, has been charged with “corruption on earth” for allegedly discussing having sex with a man over Instagram. If convicted, he can be sentenced to death.

As first reported by the Kurdistan Human Rights Network, Lorestani who began his career as an Islamic eulogizing singer or Maddaah, was originally arrested at his mother’s house in Tehran on March 2nd of this year, and has been imprisoned without charges until this month. The announcement of the charges only came after rumors began spreading on social media that Lorestani had died or been killed in prison.

According to Lorestani’s defense attorney, Seyyed Kazem Hosseini, the singer was charged with “corruption on earth” in Branch Four of Tehran’s Revolutionary Court on October 7th. Neither the singer, nor his attorney, was present at the arraignment hearing, and they were only informed of it afterwards.

Corruption on earth is a broad legal term for offenses, coined by Ruhollah Khomeini based on a quotation from the Koran, that the regime has used to refer to almost anything that it considers “un-Islamic.” At least 38 Iranians were executed for “corruption on earth” last year.

Hosseini later elaborated that the incidents that led to Lorestani’s arrest were private messages on Instagram. “No physical thing occurred,” the lawyer stated. He then explained that by “physical thing,” he meant sexual relations and that he had had the same type of discussions with women as well.

Thousands of gays have been executed since the Iranian revolution.

On November 8, the UN Human Rights Council will perform a review of human rights in Iran, for the first time in five years. It will be interesting to see if it finds anything negative.

We have lots of ideas, but we need more resources to be even more effective. Please donate today to help get the message out and to help defend Israel.
Elder of Ziyon at Wednesday, October 30, 2019
‹
›
Home
View web version