Not understanding the differences between cultures can be a deadly mistake

EU High Representative/Vice-President Federica Mogherini spoke at the Arab Summit in Tunis over the weekend, and she started off by saying something very troubling:

She said, "nous sommes si proches d’un point de vue géographique et culturel," meaning that Europeans and Arabs "are so close from the geographic and cultural point of view."

Really? European and Arab culture are that close?

No, they are not. The single biggest difference between the two cultures, which cannot be overemphasized, is that Arabs have an honor/shame culture and Europeans have a guilt culture. 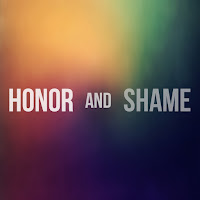 When a Westerner does something wrong, he or she generally feels guilty and wants to set things right, whether other people notice it or not. Western guilt isn't ameliorated by people thinking the wrong thing about someone - it is made worse.

When an Arab does something wrong, it is only shameful when others find out about it. Shame must be eradicated by any and all means, including to the point of murder in the most extreme cases of "honor killings."

These are fundamentally different cultures and they lead to fundamentally different ways of normal daily interaction. Westerners, including journalists and diplomats, are reluctant to say the truth about Arab human rights abuses and other outrages because it causes the Arabs to react strongly - because it offends their honor, and if Arabs can manipulate the West to ignore their crimes, then their honor is intact since honor depends on what other think of you, not on what you actually do.

To say that Western and Middle East cultures are "close" is not only flatly wrong, but it rewards Arabs for hiding their own significant social problems. It encourages Arabs to push off responsibility for their own shortcomings and avoid shame.

In recent years "honor killings" of women in the Arab world seem to have been reduced. What changed? Are there fewer Arab women having affairs or choosing their own husbands that families disapprove of?

No. The reason seems to be that the Western world became aware of "honor killings" and publicized how bad they were. Which means that the "honor killings" themselves have become a source of shame - and therefore there are fewer of them!

This is the key for how the West needs to deal with the Arab world and its honor/shame culture. Rather than recoiling at Arab anger when human rights issues are uncovered, the West must redouble publicizing them - because that shames the Arabs into acting with responsibility! Muslims especially are taught that Islam is the most humane and fair religion, and when their actions are exposed as less moral than Western mores, they are deeply embarrassed  - and they have incentive to improve.

I don't think there is a question that guilt culture is superior to shame culture. One encourages personal responsibility and truth telling and the other encourages hiding the truth when it is a source of shame. The main way to improve Arab and Muslim culture is to shine a bright light on their shortcomings - to expect them to act as moral creatures who must take responsibility for their actions - and the Arab world can change for the better.

Saying that we are the same is wrong and destructive. Knowing our differences is the key to improving the world.


We have lots of ideas, but we need more resources to be even more effective. Please donate today to help get the message out and to help defend Israel.
Elder of Ziyon at Thursday, April 04, 2019
‹
›
Home
View web version