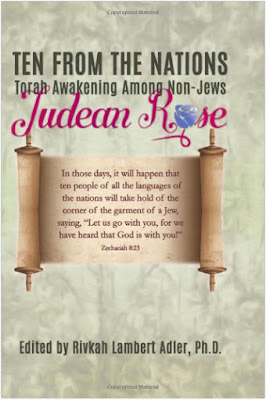 Dr. Adler also tells me her views have altered in some ways since the book was published. She says that her understanding of Jews being a “light unto the nations” has, for instance, changed. She also tells me that some of the holy-rolling Ephraimites in her book have since renounced Jesus.
But again, I really don’t care what they do (and don’t trust it, either). From my perspective, this has no bearing on my life or on my people. In fact, if I were looking for signs that the end times are near, I’d look at Iran inching ever closer to the bomb before looking at this very small number of people feeling their pulse about the gospel.


We have lots of ideas, but we need more resources to be even more effective. Please donate today to help get the message out and to help defend Israel.
Varda Meyers Epstein (Judean Rose) at Wednesday, June 06, 2018
‹
›
Home
View web version