People are up in arms over Israel's largely symbolic airstrikes in northern Gaza yesterday - a reported 50 strikes that resulted in one minor injury.

Most of the bombs, however, hit completely empty areas. Big bombs, targeting - desert. 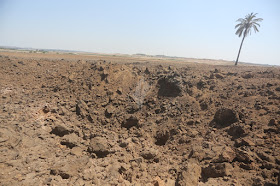 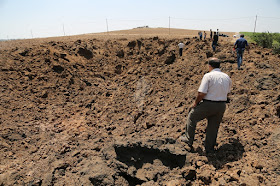 It was symbolic. The entire point was to give a message that Israel holds Hamas responsible for rocket fire. It wasn't meant as an escalation - it was meant to preserve the status quo.

Hamas got the message loud and clear.

And the proof comes from one major target that would have been very easy for Israel to hit.

If Israel wanted to inflict damage, this would have been the place to do it: 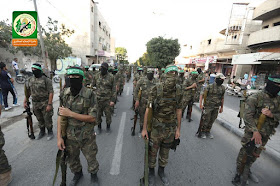 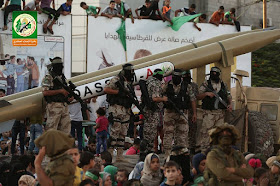 Also, notice the UN vehicle passing by the Hamas parade. 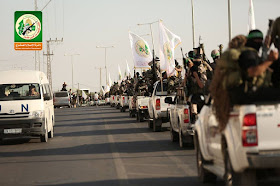 We have lots of ideas, but we need more resources to be even more effective. Please donate today to help get the message out and to help defend Israel.
Elder of Ziyon at Monday, August 22, 2016
‹
›
Home
View web version