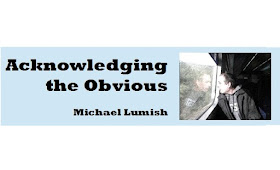 JeffwithaJ mentioned The Big O over at Israel Thrives in reference to a Tablet article written by Daniel May, a doctoral candidate in Religion, Ethics and Politics at Princeton University and a former director of J Street U entitled, "The Problem Isn’t Black Lives Matter. It’s the Occupation."
I responded as follows:
"The Occupation with the Big O.

What is the significance of the Big O?
It is the Big Daddy of all Occupations.
It is the means by which some Jews, particularly in diaspora, make themselves feel superior to Arabs and Muslims.
After all, if 6 million Jews in the Middle East can defeat the Palestinian-Arabs, via the Big O, despite the serious objections of 400 million Arabs and 1.5 billion Muslims, what does that say about Jewish strength?
It says that, # 1, Jews kick ass and, # 2, we're humble enough to regret it.

It's a means by which goodhearted and intellectually-inclined Jewish boys and girls get, on the one hand, to feel powerful even while, on the other hand, they burnish moral credentials. There is a kind-of arrogance to the use of the Big O by Jews when discussing those few of us who choose to live in the lands of our heritage.

It raises us and diminishes us, both, at the same time."

The first time that I came across the term was in a children's book by Shel Silverstein called The Missing Piece Meets the Big O... which, although it has been awhile since I read it, I am pretty sure it had nothing to do with sex.
Today, however, when I think of The Big O, sadly, I tend to think of the capitalized word "Occupation."
As any linguist - including Noam Chomsky - will tell you, the terminology within which we discuss any topic, particularly highly charged topics, like political topics, gives away our biases. When people use "The Big O" to discuss the presence of Jewish people in Judea (and Samaria) it indicates something more than disdain for Jews.
It indicates an off-handed contempt for the Arabs, who are wrongly thought of as weak, and a true dislike for the Jews of Israel who are thought of as racist imperialists.
The very first thing that must be acknowledged is that Jews cannot "illegally occupy" the very land where Jews come from. It is as if they want to bring us back to medieval wandering status. The Wandering Jew.
Jews occupy the Land of Israel in the ways that the French occupy France or the ways in which Czechs occupy the Czech Republic.
Arabs, and many Muslims, may despise Jews for traditional religious reasons - embedded in fourteen centuries of hostile Islamic theocratic doctrine and dogma - but that does not mean that we are going to surrender the only small place that we have, as our own, on this planet.
The problem, however, is not just the Arabs.
It is the Jews who swing around The Big O.
Progressive-left, Democratic-Party-Leaning, navel-gazing, guilt-ridden, white-western, upwardly-mobile, American and European Jews, are so riddled with humanitarian racism that they cannot even begin to imagine that non-Jews "of color" have agency. It seldom occurs to them that non-white people should not be reduced to mere victims of the progressive-left imagination. It seldom occurs to them that by insisting that people "of color" are merely victims of Whitey that they robbing these people of their dignity.
In the meantime, many will point the trembling finger of blame toward their fellow Jews on the other side of the planet and accuse them of genocide, ethnic cleaning, and the Big O.

We have lots of ideas, but we need more resources to be even more effective. Please donate today to help get the message out and to help defend Israel.
Elder of Ziyon at Sunday, August 21, 2016
‹
›
Home
View web version