To celebrate the anniversary of the founding of Islamic Jihad, the terror group introduced a new "battalion" and paraded through the streets of Gaza City. 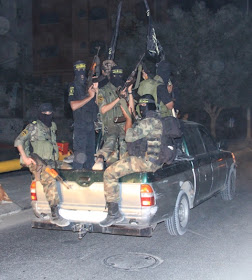 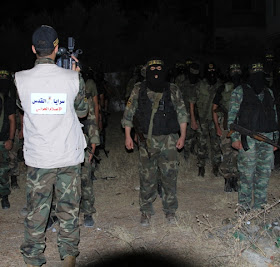 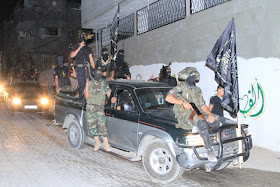 Keep in mind that Hamas, the ruling authority in Gaza, fully approves of Islamic Jihad parading through Gaza City with weapons.

Those Hamas apologists in the West who claim that the group is abandoning terror don't usually talk about how Hamas is deliberately allowing other terror groups to flourish - and, when they want, to attack Israeli civilians. This is how Hamas maintains their barely-plausible deniability while still encouraging the smuggling of tons of weapons and explosives to these groups.
Elder of Ziyon at Monday, September 24, 2012
‹
›
Home
View web version