In December, I wrote about the little-known fact that the Jewish National Fund owns some 53 square kilometers of land in Syria. I showed a map of some of their holdings made in the 1930s: 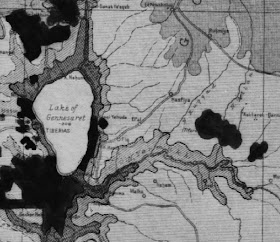 Now, Guy Bechor writes (in Hebrew) many fascinating details on this story, about how a member of Hovevei Zion named David Rosenberg encouraged the purchase of land in the Hauran and tried to get Jews to settle there. Some did, in various settlements with names like Tiferet Binyamin and Nachalat Moshe. The settlements were attacked by Arabs and the Turks disallowed any further Jews from moving in, which doomed the enterprise.

The land was owned by the Palestine Jewish Colonization Association (PICA), which  gave the lands to the JNF in the 1950s.

Here are his maps: 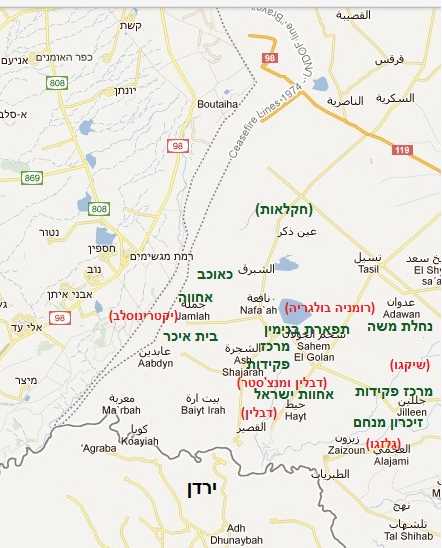 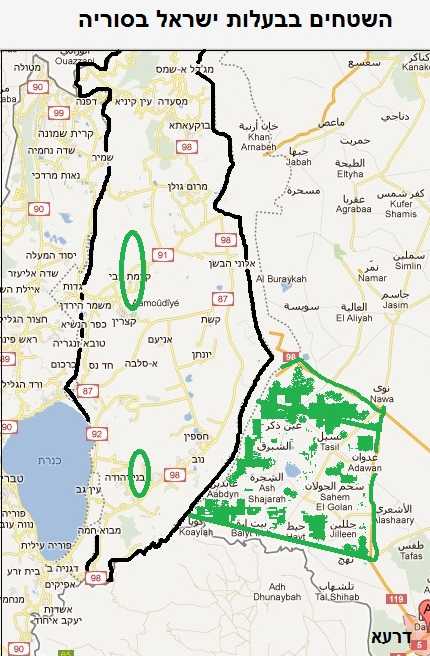 Bechor also shows a Hebrew poster for a tour to visit these lands in the summer of 1935 - since there were no fences along the borders, Jews could just take a trip to Syria to visit historic Jewish lands in the Golan and Hauran.

He goes on to show that in the 1940s, Syria simply confiscated much of the PICA-owned lands. Bechor estimates that between the Golan and Hauran, the JNF owns some 100,000 dunam (100 square km.)

UPDATE: My Right Word has more.