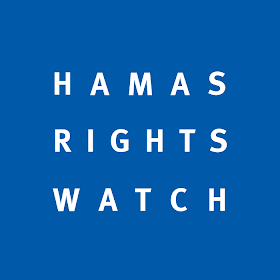 Is Human Rights Watch really biased against Israel, or is it merely that they are zealous about protecting everyone's human rights and Zionists are sensitive to their criticisms of Israel?

HRW chief Ken Roth clearly wants the world to believe that it is the latter. As he wrote a couple of days ago in this sarcastic tweet:


If what he says is true, then we would expect HRW to be just as energetic in uncovering human rights abuses from Gaza terror groups as it is for attacking Israel.

Yet here is what he tweeted last night:

#Hamas is putting civilians at risk but "no evidence" it forces them to stay--definition of human shields: @NYTimes. http://t.co/9yvh1cRSer
— Kenneth Roth (@KenRoth) July 25, 2014


Roth chooses to refer to a NYT article in order to defend Hamas.

What exactly did The New York Times write that Ken Roth finds so wonderful as to defend Hamas?

Nothing is ever so clear in the complex and often brutal calculus of urban warfare. There is no evidence that Hamas and other militants force civilians to stay in areas that are under attack — the legal definition of a human shield under international law. But it is indisputable that Gaza militants operate in civilian areas, draw return fire to civilian structures, and on some level benefit in the diplomatic arena from the rising casualties. They also have at times encouraged residents not to flee their homes when alerted by Israel to a pending strike and, having prepared extensively for war, did not build civilian bomb shelters.

Guess what? The New York Times is wrong.

The Geneva Conventions and their additional protocols do not use the words "human shields" anywhere. But the ICRC article on customary international humanitarian law has a fairly comprehensive description:


Rule 97. The use of human shields is prohibited.

...The prohibition of using human shields in the Geneva Conventions, Additional Protocol I and the Statute of the International Criminal Court are couched in terms of using the presence (or movements) of civilians or other protected persons to render certain points or areas (or military forces) immune from military operations.[18]

...It can be concluded that the use of human shields requires an intentional co-location of military objectives and civilians or persons hors de combat with the specific intent of trying to prevent the targeting of those military objectives.

While various military manuals do have specific prohibitions against forcing civilians to act as human shields, international law considers any situation where military targets (weapons tunnels, caches, rockets launchers) are deliberately placed near civilians to be cases of human shielding.

Under international law, even if Hamas doesn't force civilians to be in a certain area, they are considered human shields according to the ICRC. Israel is right, and the NYT is wrong.

Ken Roth could have chosen to attack the New York Times for narrowing the definition in such a way as to downplay Hamas culpability for this war crime - which is what a zealous human rights defender would be expected to do. Instead, he went to bat for Hamas against the civilians of Gaza he supposedly cares so much about. Even the Times article says explicitly that "Experts in international law say that...Hamas is legally obligated to minimize its operations near civilians" yet Roth doesn't want to highlight how bad Hamas is, but to emphasize Hamas is not really that bad. Roth is giving a terror group the benefit of the doubt that Israel has never received.

The New York Times article was written before yesterday's events at the UNRWA school, but Roth's tweet was written after details already were being published. And already at that time it was known that Hamas did force civilians to stay in the UNRWA shelter even as Israel was trying to get the civilians evacuated. As Washington Free Beacon recounts the events:

“Over the course of the day UNRWA tried 2 coodinate [sic] with the Israeli Army a window for civilians 2 leave & it was never granted,” UNRWA spokesman Chris Gunness tweeted, following the strike.

However, in an unusual move late Thursday, multiple IDF sources rejected UNRWA’s claims and characterized them as outright falsehoods when reached by the Washington Free Beacon.

“For two days we were trying to move people out of that school in particular and the Beit Hanoun area in general,” said an IDF official who was involved in the interactions between the IDF, UNRWA, and International Red Cross (ICRC) leading up to the incident.

The official continued: “This morning we sought a cease-fire in the area and a humanitarian evacuation of civilians, but Hamas refused—because they wanted to keep civilians in the area to protect their fighters who were firing on the IDF,” the source said. The claim by Gunness and UNRWA that the IDF did not respond to their request to evacuate civilians, the source said, is “a flat-out complete and total lie.”

Who is telling the truth? I see no reason to doubt the IDF version of events. But the issue is that Ken Roth, whose very job is to prevent war crimes against civilians, chooses to ignore any evidence of Hamas war crimes - in this case, of using human shields even according to the falsely restrictive definition in the New York Times!

If Roth's only bias was towards human rights, then why does he go out of his way to excuse and minimize Hamas war crimes - war crimes under any interpretation of the Geneva Conventions?

The only explanation is that Roth is biased, all right - but not for defending Gaza civilians' human rights from Hamas.

Which tells you volumes about Ken Roth.