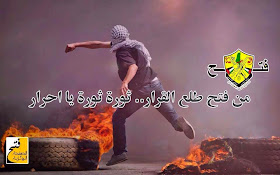 The caption says "The decision came from Fatah for revolt, revolution, O free."

This comes after an announcement from the same group claiming that they carried out a shooting attack against the IDF south of Hebron last night. 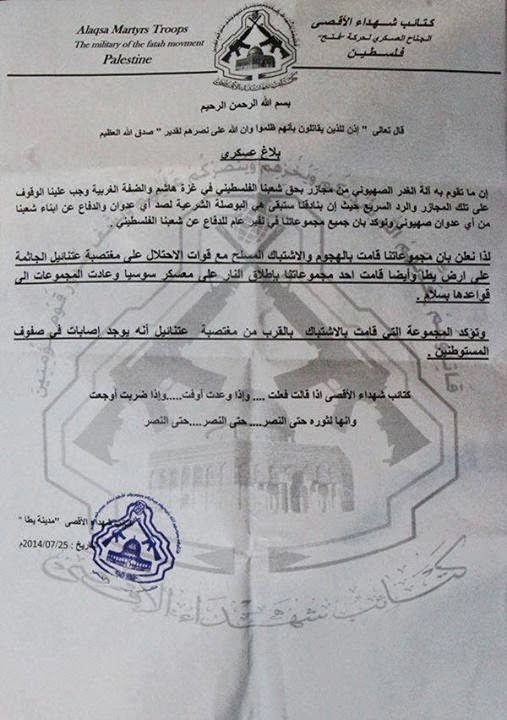 And the Al Aqsa Brigades claimed that during the massive demonstration/riot at Kalandia yesterday that they shot weapons at the checkpoint.

Putting this all together, plus the march itself which was clearly organized and hardly "spontaneous," it appears that Fatah - not Hamas, but the "moderate" Fatah - is trying to start a third intifada. Explicitly.

Fatah, of course, has a leader, Mahmoud Abbas, the darling of the West for his peaceful ways. And he is not stopping his own people from declaring a new violent uprising.On the contrary - he is essentially supporting Hamas rockets, as we've seen.

I'd be surprised if Abbas explicitly lends support for a new uprising. More likely he is encouraging it more quietly to use as leverage to threaten Israel to get his demands.

That's what his hero Yasir Arafat would have done.