The French reaction to Kristallnacht: Let's pretend to care about Jews while watching them suffer

Reading the contemporaneous newspaper coverage of Kristallnacht is overwhelming. While the story did not start out on the front pages, the coverage snowballed over the next few days as Nazi restrictions on Jews increased and editorials in newspapers expressed outrage.
The outrage did not extend to doing a damn thing to help Jews in Germany, though.
A French newspaper published this editorial cartoon: 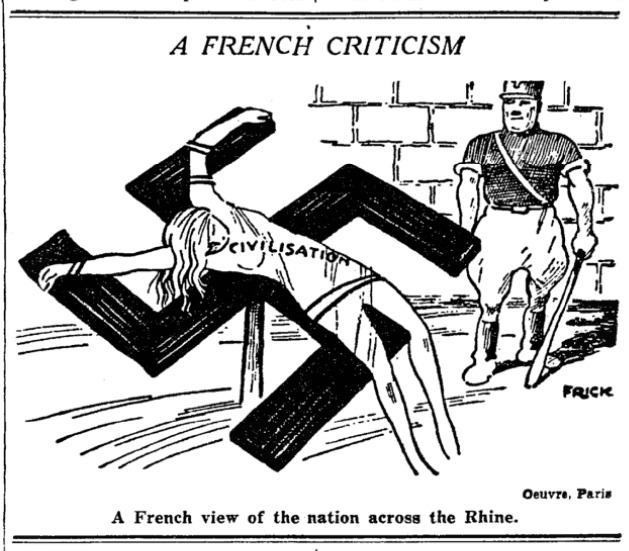 And the New York Times reported of angry reactions to the pogroms and anti-Jewish edicts in France: 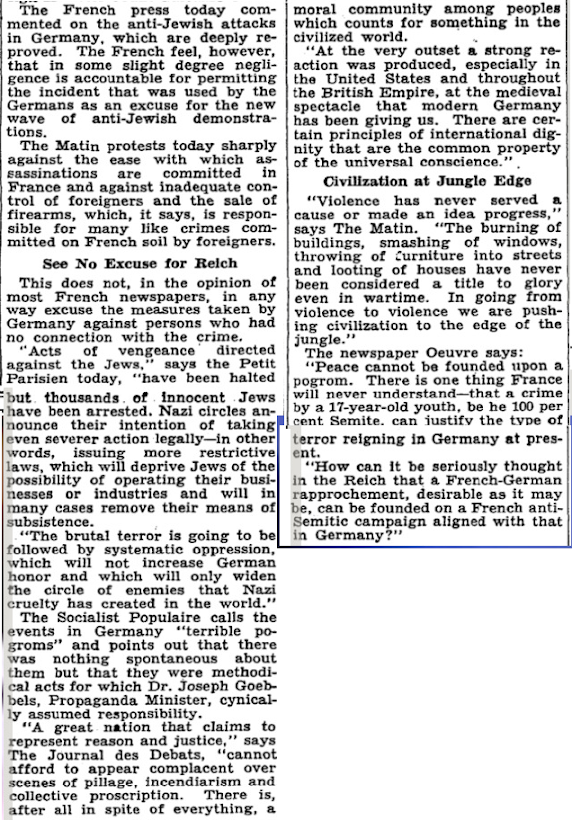 But there were two other stories out of France that week.
In this one, we see that France turned away the Jews who were fleeing Germany - Jews the Nazis were allowing to leave.

And days later, after French newspapers said how unacceptable it would be for France to make an agreement with a Nazi Germany that so cruelly and proudly persecuted Jews, France worked hard to make exactly that agreement. 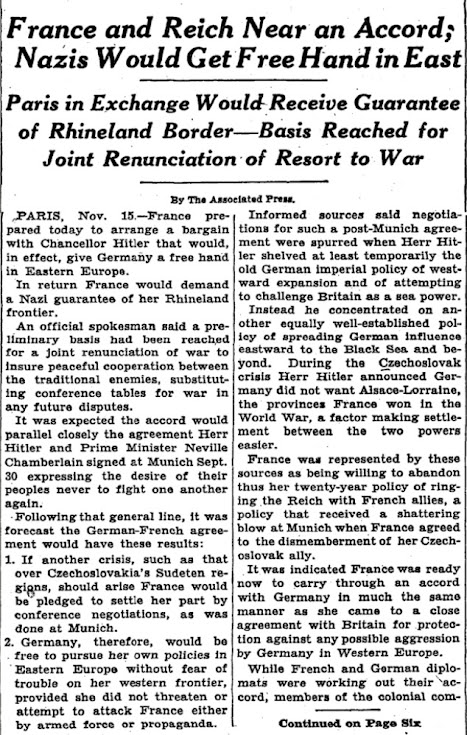 That agreement was signed on December 6, 1938, and the articles about it didn't mention a thing about Jews.
Then, as now, the world pretended to care about Jews - but was not willing to lift a finger to actually save their lives. It was all lip service.
So whenever the world demands that Israel compromise on its security today, remember that it is also no lip service. No one will guarantee Jewish security and survival besides Jews themselves.
The only difference is that now we have a state and an army.
There's another relevant lesson for today. Don't make agreements with genocidal madmen.
They tend not to be too trustworthy.