Another day, another threat of war if Jews are given equal rights 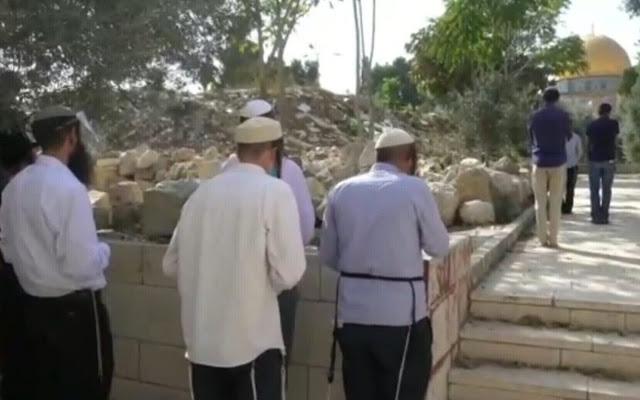 Ra’am party leader Mansour Abbas says that allowing Jewish prayer on the Temple Mount “will lead to war.”
Threatening war is a time-honored Muslim tradition, and even though they have made such threats hundreds of times over the past 150 years without any resulting war occurring, it never fails to frighten the West. 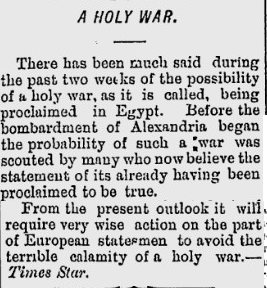 I noted that Rabbi Eric Yoffie, former leader of the US Reform Judaism movement, has himself campaigned against Jewish prayer on the Temple Mount because he is frightened of a holy war.
Equal rights is important - but submitting to constant Muslim threats of war is more important.
Can you imagine anyone saying that Blacks shouldn't have equal rights because white supremacists would resort to violence?
It is outrageous - but that is mainstream thinking when it comes to Jewish rights to the holiest Jewish spot.
Fortunately, we know that Jews have been praying on the Temple Mount from the early days of Muslim rule, without any war breaking out.
The Los Angeles Times noted that Jews visiting the Temple Mount would sometimes pray aloud ten years ago.
Unofficially, Jews have been praying on the Temple Mount with a prayer quorum starting about six years ago.
I myself was privileged to join such a gathering in 2019.
Despite headlines in Arabic media about "Jews storming Al Aqsa to perform Talmudic rituals," literally every weekday for many years, that feared holy war has not materialized.
But, according to the "experts," the remote threat is still more important than the human rights of Jews to worship in their holiest place.
And the people who scream all day about how Israel violates international law seem to lose interest in international law when it supports Jewish prayer on the Temple Mount.
This has nothing to do with Zionism. This is pure antisemitism - and it is antisemitism that is supported by much of the world, using the excuse of worries about Muslim threats of war.
Which just proves that the people who pretend to care about equal rights, international law and fairness are quite happy to not only excuse antisemitic positions, but to adopt those positions themselves.
There's always an excuse for antisemitism.