Seven inconvenient and under-reported facts about the Munich Olympics massacre 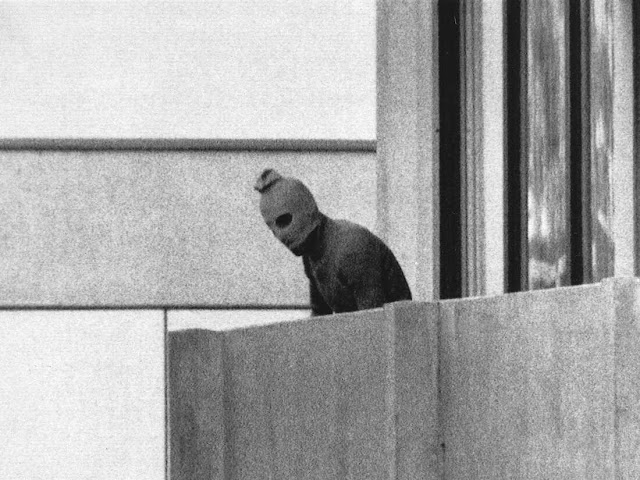 Today is the 50th anniversary of the 1972 Munich Olympics hostage crisis and massacre, in which 11 Israeli athletes were killed.
There are a number of details about the event that do not get the publicity they deserve.
One is that the terror attack was financed by Mahmoud Abbas, the president of the Palestinian Authority. The mastermind of the Munich attack, Mohammed Daoud Oudeh (Abu Daoud), says that both Yasir Arafat and Mahmoud Abbas wished him luck and kissed him.
The second is that German security officials were tipped off three weeks before the attack by the German Embassy in Beirut from a Palestinian informant, and did not do anything to stop the attack.
The third inconvenient fact is that the Palestinian terrorists in Munich were aided by German neo-Nazis.  At the time, it was assumed that German Leftists had been involved, but in this case the Palestinians allied with Nazis.
Another is that while the organization that took responsibility for the attack is still referred to a Black September, that organization was Fatah. Black September was a front for Fatah in order to publicly distance itself from terror.  Abu Daoud was quoted in Arab media in 1972 saying,  "There is no such organization as Black September. Fatah announces its own operations under this name so that Fatah will not appear as the direct executor of the operation." The US government confirmed this in a 1973 memo. 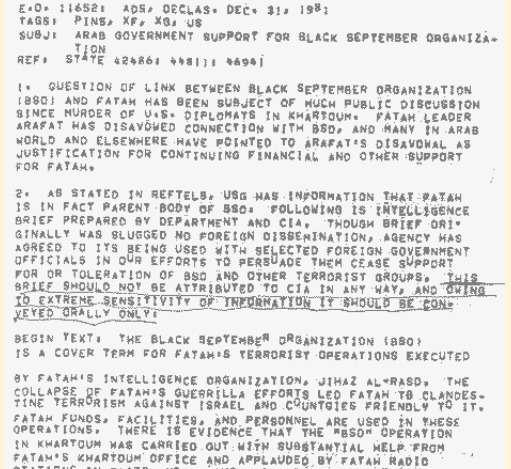 The hijackers were not simply professionals trying to arrange a prisoner. They were bloodthirsty, and as they killed weightlifter Youssef Romano, they castrated him in front of his teammates.
A sixth, and almost unbelievable, fact about Munich is what happened to the three surviving terrorists after the botched rescue attempt at the Munich airport. They were released less than two months after the attack, before going on trial, in exchange for hostages from a hijacked Lufthansa Flight 615 flight.
But that hijacking was, according to credible accounts, arranged by the Germans colluding with Fatah to get rid of the headache of jailing and trying the terrorists.
From a 2000 article in The Guardian:

Black September, the Palestinian terror group that killed 11 Israeli athletes at the 1972 Munich Olympics, was allowed by the German government to hijack a passenger jet two months later to provide a 'cover story' for the release of the three gunmen captured at the scene.
According to One Day in September - an Oscar-nominated documentary which is to be released in Britain in May - Bonn indicated to the terrorist group that it would give in to their demands should a certain aircraft - carrying no women and children - be hijacked. The Germans were keen to release the three jailed terrorists to avoid Black September fulfilling threats to carry out a series of bombings and hijackings.
On 29 October, 1972 - not even eight weeks after the Munich attack - a Lufthansa Boeing 727 on its way from Damascus, Syria, to Frankfurt was hijacked by two terrorists as it left Beirut airport. There were only 11 passengers on board, all male. The pilot was told to fly to Munich and the terrorists' demands were relayed to Bonn. Within hours the German Chancellor, Willy Brandt, gave in and the three men were handed over. The Israelis were not consulted.

And only last month, TheJC reported:

“We have found documents that state that the German government asked the Palestinian terror organisation to fake the hijack of a German plane in order to be able to set them free — and for doing so, a month after the heinous terrorist attack, the Palestinians were paid nine million dollars,” Dutch lawyer Carry Knoops-Hamburger, one of the team negotiating with the German government for compensation for the victims’ families, told the JC.

The final inconvenient fact about the Munich massacre is that it is still praised as "heroic" in Palestinian media and by Palestinian officials, including Abbas himself, today. It is obvious why Abbas didn't apologize for the attack when asked by a reporter last month - because he still considers it an achievement, not a source of embarrassment.
Not one of these facts were mentioned in, for example, AFP's summary of the massacre.