As usual, Palestinians try to make the death of Queen Elizabeth II about...Palestinians 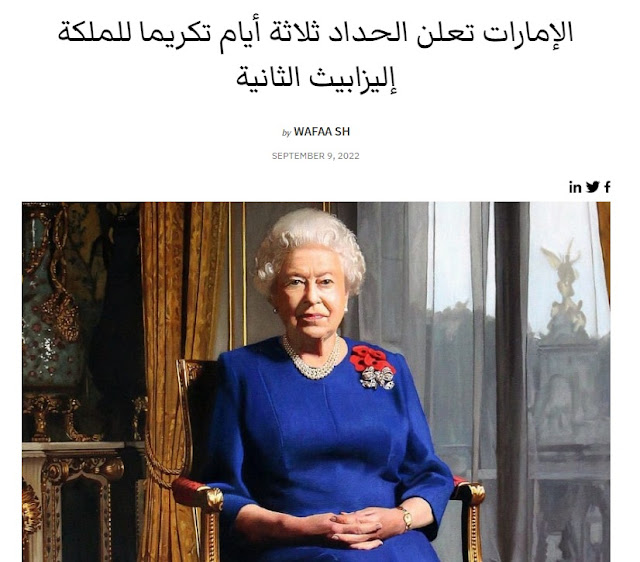 An editorial at Amad shows anger at various Arab states for declaring days of mourning for Queen Elizabeth, saying that this is an insult to...Palestinians.
Hassan Asfour, the editor of Amad, wrote an article saying that various Arab countries who declared days of mourning and that flags should fly at half-mast are showing support of the British Balfour Declaration and of Zionism, and insulting Palestinians.
The Arab countries that declared days of mourning include Jordan, Lebanon, United Arab Emirates, Bahrain and Kuwait.
Asfour notes that none of these countries did anything similar when Yasir Arafat was "assassinated," or when Gamal Abdel Nasser died.

Far from empty compliments, what these countries have done is a new attack on the Palestinian people and their national cause, as if they are blessing what [Great Britain has]done. Just days ago, the Prime Minister of Her Majesty’s Government announced that if Israel did not exist, it would need to be created..and that it is more Zionist than the Zionists themselves.

(I couldn't find that Liz Truss quote.)
As always, Palestinians need to make everything about themselves, and when any other world event happens that knocks their position in the daily news items down a peg or two, they are livid that they aren't the top story.