Mahmoud Abbas will tell UN that terrorists are heroes 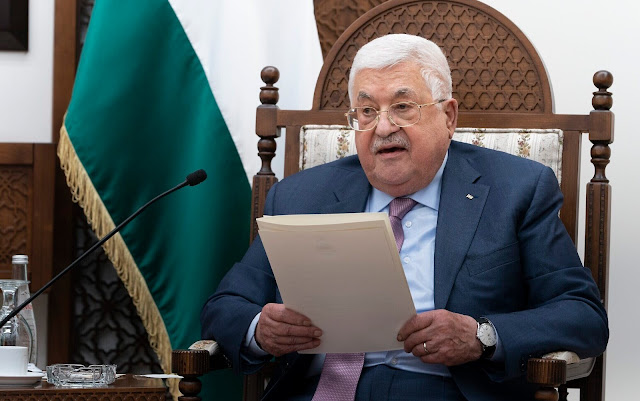 Mahmoud Abbas told Wafa News Agency that he plans to tell the world how heroic the terrorists who are in Israeli prisons are in his address to the UN in September.
"The presidency affirmed that the Palestinian people and their leadership stand with the heroic prisoners in their battle in which they defend the dignity and sanctities of their people," the statement said.
The statement went on, "President Mahmoud Abbas is constantly following the suffering of the heroic prisoners in the prisons of the occupation, and that their issue is at the top of the agenda along with the right of return, the state and self-determination. ...These prisoners are heroes and symbols of the Palestinian people. We are proud of them and their steadfastness and adherence to the justice of their cause."
Palestinian immorality is so entrenched, so much a part of their ethos, that no one blinks at the demand that terrorists be released so they can attack Jews again. So much so that Abbas knows he can say this to the entire world without criticism.
Notice that releasing the prisoners and the fictional "right of return" to destroy the Jewish state are listed before statehood in his list of demands. Because killing Jews and destroying Israel are higher priorities for the "moderate" Abbas than actual statehood.
−
Elder of Ziyon at Wednesday, August 31, 2022
‹
›
Home
View web version