The @Amnesty T-shirts that prove anti-Zionism is antisemitism 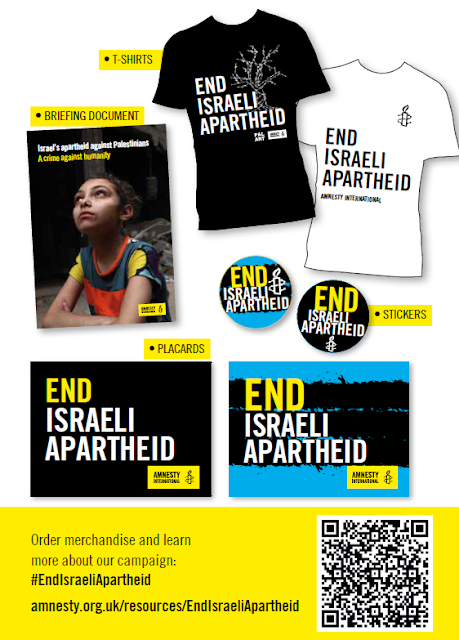 I looked through the Amnesty USA and Amnesty UK website ad could not find any other merchandise that attacks a single nation.
No anti-Russia or anti-China or anti-Myanmar items. Nothing being sold against Afghanistan or Syria or North Korea.
But the issue isn't only that Amnesty decided that Israel should be given this unique treatment. It is that Amnesty knows that some people would proudly wear such a T-shirt.
Wearing a message T-shirt is a social activity. No one buys one to wear alone at home. They are meant to be seen. More importantly, they are meant to be responded to, if only subtly. People wear message T-shirts to feel the thrill of people agreeing. People want to wear messages that get those who read them to say "Yeah!" or "Clever!" or "Me too!" or just a smile and a nod. 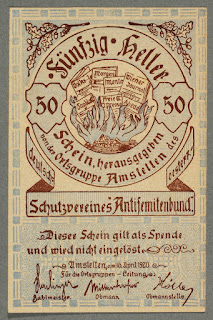 In the case of anti-Israel T-shirts, the wearer gets the positive feedback thrill because there are enough fellow haters that would respond positively.
The reason you don't see "End Chinese Genocide" or "End Myanmar Persecution of Rohingya" T-shirts is because they wouldn't elicit the same positive response. No one wants to hang out with those T-shirt wearers; their message is fundamentally anti-social. Anyone who reads them are likely to be offended, too, because real human rights abuses are trivialized when placed on T-shirts.
But publicly proclaiming you hate Israel brings a thrill that would usually be amplified by the positive reactions of other haters. It is like being part of a club - just like the appeal of the German "League of Antisemites."
The only nation that is is socially acceptable to publicly hate is the Jewish state. So the only T-shirts that Amnesty would ever sell that call out a specific nation would obviously be anti-Israel T-shirts.
Just like the only nation called out for hate in Amnesty's children's book is also Israel.