NYT op-ed says not to coddle an honor/shame society - but for Russia, not for Palestinians or Iranians 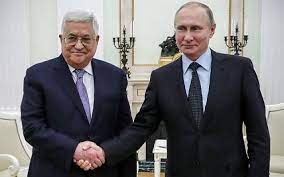 There's a very interesting op-ed by Peter Pomerantsev in the New York Times that says how the West should understand Vladimir Putin:

To humiliate people is to exploit your power over them, making them feel worthless and dependent on you. It is clear, then, that the Russian military seems intent on humiliating Ukrainians, taking away their right to independence and their right to make their own decisions. ...
Kremlin propaganda claims Russia revels in isolationism, but it is also addicted to seeking approval from abroad.
And Mr. Putin’s success as president of Russia has rested for some time on his ability to mete out daily humiliations to Russians and then act as if he feels their rage as they do, as if he alone knows where to direct it — toward the West, toward Ukraine, anywhere except toward the Kremlin.
Mr. Putin likes to perform both sides of the humiliation drama: from the seething resentment of the put-upon Russian everyman to cosplaying Peter the Great. This allows him to appeal to Russians’ deep-seated sense of humiliation, which the Kremlin itself inflicts on people, and then compensate for it. It’s a performance that taps into the cycle of humiliation and aggression that defines the experience of life in Russia, and now Ukraine is the stage.

This is similar (although not identical) to how the Arab world had traditionally looked upon Israel, and how the Palestinians still do. The honor/shame society is not only obsessed with looking honorable and avoiding shame, but also to inflict shame on enemies. They honestly do not understand why Israelis aren't depressed at seeing Israeli flags burned.
Pomerantsev says that the West needs to understand the mentality in order to counter it:

In the face of such threats, it can be tempting to try and placate Russia. The editorial board of The New York Times has said that Ukraine will likely have to accept territorial compromises. Mr. Macron has said that the West should avoid humiliating Russia. Such proposals are fundamentally misguided: Russia’s sense of humiliation is internal, not imposed upon it. To coddle the Putin regime is merely to participate in the cycle. If you yearn for sustainable security and freedom, abusive partners and predators cannot be indulged.

Absolutely. And this applies to Iran as well as Palestinians. When the EU foreign policy chief says the current text of the Iran nuclear deal is the best possible outcome, he is coddling Iran. When the West makes it appear that the Palestinian issue is the most important problem that must be solved before other Middle East problems, they are indulging a corrupt and would-be genocidal regime that would destroy Israel in a second if it had the strength to.

You don't compromise with bullies, terrorists and those who support them. It should be obvious to all. And that applies to Iran and Palestinians as well as Putin's Russia.
(h/t Scott)
Elder of Ziyon at Wednesday, July 27, 2022
‹
›
Home
View web version