IDF operations in Jenin are saving many Israeli lives

Palestinian terrorists killed 11 Israelis in February, the beginning of a new wave of terror. This was followed by four killed in March and four more killed in April.
16 of the victims were civilians.
The IDF increased its operations in terrorism hotbeds in the West Bank as a result. The most public of these operations were in Jenin.
While it is difficult to claim definitively that there is cause and effect, the IDF offensive appears to have been paying off. According to Israeli government sources, there have been no civilian deaths in two months, the last one being the stabbing attacks in Elad on May 5.
Col. Arik Moyal, head of operations in Jenin, said in late April “The lives of hundreds of Israelis have been saved thanks to attacks we foiled.”
In fact, over the past month, all types of terror attacks have gone down significantly. The Shin Bet released this graphic. 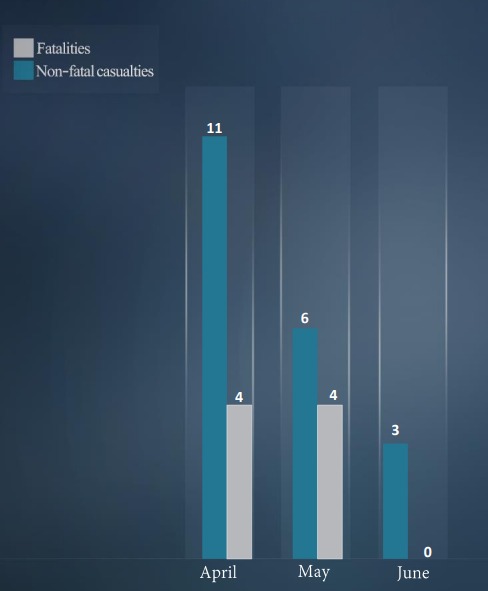 The three injuries in June came from the attack on worshipers at Joseph's Tomb last week.
Israel haters love to take the Jenin operations out of context, pretending that there is no military reason for them and that the Palestinians who are killed are innocent victims. The facts show otherwise - not only have they been terrorists, but these operations are saving lives.
Elder of Ziyon at Tuesday, July 05, 2022
‹
›
Home
View web version