In a Palestinian society where guns are cheap and violence is admired, people murder each other

In Hebron yesterday, three people were executed while driving in a car - by other Palestinians. 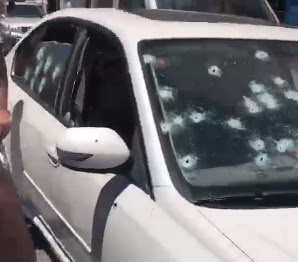 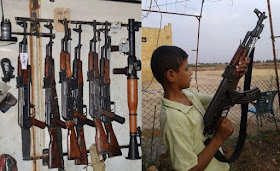 But it happens in Gaza, too. And in the Palestinian camps in Syria and Lebanon. When you have a society where the most admired people are terrorists, and where guns are easily available, where honor is the motivating factor in nearly every decision -  this is what is going to happen.
Not that there are any academic papers on the phenomenon. I couldn't find any from the past 20 years that mentioned "security chaos" or "clan clashes" or "family feuds" in Palestinian territories. There are plenty of articles in Arabic about the phenomenon, but in the overwhelmingly liberal halls of academia, this is not a topic for analysis. Palestinians are killed by Jews, not by other Palestinians.
And among the "progressive" crowd, one never hears calls for effective gun control in the Palestinian territories. But in that case, the reason is because they support Palestinians attacking Jews, and they need weapons to do that. A little collateral damage of scores of Palestinians killed as a result?  To these faux liberals, it is a small price to pay.
Elder of Ziyon at Thursday, June 30, 2022
‹
›
Home
View web version