The Abraham Accords may have averted a war this week 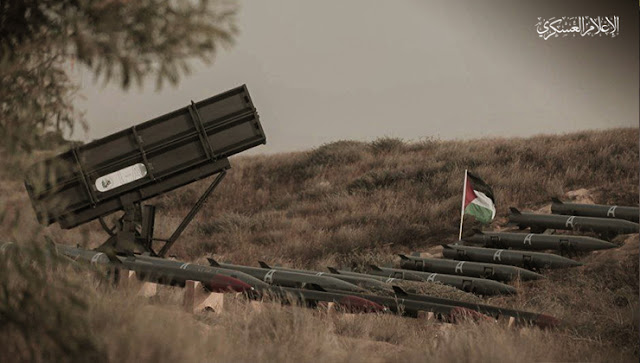 On Monday, a Palestinian official revealed the Palestinian Authority’s protest to regional and international parties, due to the marginalization of its role and the failure to communicate with it regarding the repercussions of the “flags march” in the occupied city of Jerusalem.
The official - who preferred not to be named - told the newspaper "Felesteen": "The office of Palestinian Authority President Mahmoud Abbas has contacted Arab and international bodies, complaining to them that they have made [direct] contacts with the head of Hamas' political bureau, Ismail Haniyeh, to calm the situation in the Palestinian territories after the "flags march." and the provocations of the settlers.
He added that "instructions were issued by the Office of the Presidency of the Authority to the Ministry of Foreign Affairs in Shtayyeh's government to intensify its efforts, in order to cut regional and international communication with the leaders of Hamas."
Haniyeh had received several Arab and international warnings demanding calming in the Palestinian arena, and not to be drawn into an explosive situation because of the "flags march", for fear of a new military confrontation between the Gaza Strip and the occupation.

The Palestinian Authority is upset because they want to maintain the fiction that they are the leaders of Gaza as well and all diplomatic communications to Hamas must go through them.
Needless to say, asking the PA government to pass a message along to their rivals would have been worse than useless.
These warnings worked. Hamas and other Palestinian groups were inciting a "religious war" less than a week before Yom Yerushalayim. Palestinian media was filled with promises that they would attack if the Flags March went on as planned.
It seems almost certain that Israel requested its Arab friends and contacts to warn Hamas not to attack, and that the consequences of such an attack would be severe.
A couple of years ago, Egypt would have been the only nation Israel could ask to pass such a message to Hamas. Today, Israel could have asked Bahrain, Morocco, the UAE and even (indirectly) Saudi Arabia, Oman and Qatar to pressure Hamas not to start a war.
Anti-Israel "experts" derided the Abraham Accords as a meaningless gesture when they were announced, saying that any agreement that doesn't directly include the Palestinians is worthless. They were wrong. Every month we see new direct an indirect benefits of the Accords.
This time, the Abraham Accords may have averted a war.