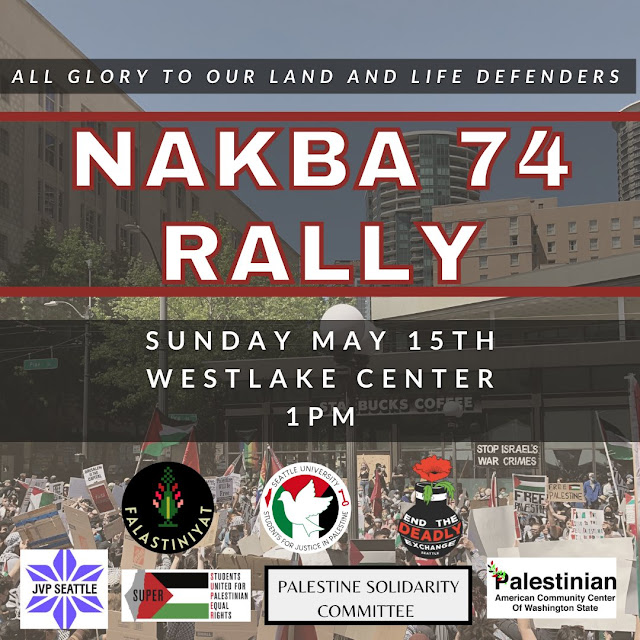 The top line says, "All glory to our land and life defenders," meaning the people who they claim defend Palestine.
This means the Palestinians who, according to Palestinian media, "defend" Al Aqsa and Palestine - by targeting and murdering Jews.
One of the sponsors, Falastiniyat, describes itself as "a grassroots collective of diasporic Palestinian feminists in Seattle living & organizing at the intersection of gender justice and anti-colonialism."  The title is one that would mean little to most Westerners, who would assume it refers to people who hold meals at Sheikh Jarrah or similar, but its meaning and timing is clear to Palestinians: it is support for the current murderous terror wave of Palestinians targeting Israelis and Jews that started in March.
Even though it was created before the events in Elad, there is not a question that Palestinians consider the axe murderers to be "defenders" of Palestinians and Palestinian land.
And the other sponsors know this as well.
Elder of Ziyon at Monday, May 09, 2022
‹
›
Home
View web version