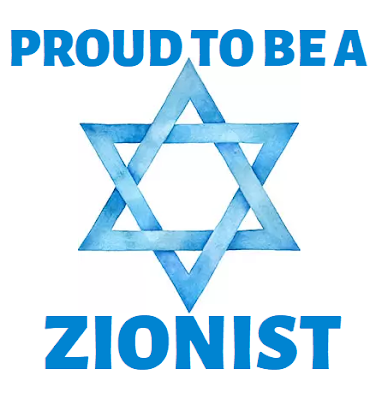 I wrote the original essay around 2002 and I have been modifying it every year since then. This year's version  is largely rewritten.
========================
To antisemites, Israel can do no right.
It can be more liberal than the US. It can be more tolerant of Muslims than Western Europe. It can be more friendly to gays than New York City. It can send more medical aid to disaster areas than nations that are 50 times larger. It can quietly spend untild amounts of money to ensure that its defenses don't hurt innocent people.
It doesn't matter - not only does it get no credit for this, the haters claim that Israel is doing this in order to whitewash its crimes. Meaning that even its altruism and progressiveness is twisted against it.
A normal reaction to this would be to say, "why bother?" Why do the right thing when the world will still treat you as a criminal?
But Israel doesn't do what it does to gather praise. It does what it does because it is the right thing to do, and what other people say has nothing at all to do with that.
That is a ethical level that most professional ethicists or religious leaders will never reach.
I am a Zionist and I am proud of it.
I know that Israel has the absolute right to exist in peace and security, at least as much as any other country. Given Israel's unique history and the resurgence of antisemitism worldwide, Israel arguably has more moral legitimacy than any other nation on Earth.
As Israel has grown, grown successful and become an economic power, it has been faced with new challenges. Doing the right thing is not so straightforward any more. Its friends are sometimes at odds with each other. Sometimes realpolitik enters the picture.  Any decision it makes can be - and is - framed by modern antisemites as immoral, no matter what it is.
Every nation has the same conflicts. Every liberal nation has relations with illiberal nations. But none of them are under the microscope that the world dedicates to Israel.
Even so, with these competing pressures, Israel tries to always do the greater good.  And in the end, that is why Israel now has more friends on a national level than ever before. The chattering, nattering antisemites are fuming while Israel goes from strength to strength. In the end, Israel's remaining enemies are the worst human rights abusers on Earth - and Israel's opponents find themselves pretending to be moral while tacitly supporting a rogues' gallery of dictators and despots.
In the past two years we have seen  "militant" and "intransigent"  Israel is far more interested in peace with its Arab neighbors than any of Israel's many critics, who often belong to groups with "human rights" and "peace" in their names.
There seems to be no limit to what difficult problems Israel can solve. I am proud of how Israel responds to so many seemingly intractable problems. In the early days of the intifada there seemed to be no solution - but the IDF found one, managing to bring deadly suicide attacks from 60 in 2002 down to practically none today. The new wave of attacks is a new challenge, and it is heartbreaking to have so many more innocent lives lost, but we know that Israel is working hard to stop the latest attacks before they happen. For every "successful" attack (if you can use such a term) there have been many failed attempts, and these are truly miraculous. There are always new challenges, but each one is met and solved with brains and creativity.
The Palestinian issue is truly unsolvable today, because the Palestinian leadership was never interested in peace, but in destroying Israel. There can be no compromise with a party whose primary aim is ethnic cleansing their opponent. But even given those facts, Israel does everything possible to make the lives of Palestinians as good as possible without compromising the security of Israelis.
If Israel had a real Palestinian partner for peace, there would be peace.
Israel has succeeded and continues to succeed in its many accomplishments in building up a desert wasteland into a thriving and vibrant modern country, with its countless scientific achievements, incredible leadership in high-tech and the environment, world class universities and culture. Practically every computer and mobile phone being built today includes technology and innovations from a single small Middle Eastern country. A tiny nation, under constant siege, with few natural resources besides breathtaking beauty, has used its smarts and strength to build a modern success story.
Zionists have every reason to be proud of the incredible achievements of the Jewish national movement.
The word "Zionist" is not an epithet - it is a compliment.