On Her 74th Birthday, 18 Reasons to Love Life in Israel (Judean Rose)

1.       No matter where you walk in the Old City of Jerusalem, you can be sure that your footsteps land where characters straight out of the Bible once walked, kings and prophets and priests. You even think to yourself, “I am walking where David walked. Where Solomon walked,” and you give a little shiver, though you walk there every day.

2.       In 2001, in response to terror, grief, and the loss of one of their own, a group of women founded a musical theater troupe called Raise Your Spirits that, until today, puts on shows written, produced, and performed by and for women. The actors will not let the terrorists win. It is a statement: “You cannot keep us down. We will rise up and live our lives, and bolster the spirits of our sisters, no matter what you do.”

3.       Traveling to pre-State Israel once meant an arduous trip by boat with no assurance that as a Jew, you’d be allowed to enter the country. Today, Israel is only a plane ride away and not only can Jews enter the country, but they can have citizenship and vote, because Israel is today, the Jewish State.

4.       In an Israeli hospital, a Jew may be the recipient of care and kindness from Arab doctors and nurses and vice versa, on some level, a proof of de facto coexistence that gives lie to the Apartheid smear.

5.       On a crowded Israeli bus or train, if you are pregnant, elderly, or infirm, someone will inevitably stand to give you their seat.

6.       During a terror attack anywhere else in the world, those in the vicinity will flee. In Israel, rather than keep away, civilians will come running toward the scene of the attack from blocks away to offer assistance.

7.       It was a long walk from the car to the cemetery in Kfar Etzion, where Ari Fuld was buried, but residents of the Kibbutz set out a table with water, soft drinks, and cups for those on the sad trek to the funeral, an expression of loving kindness during a time of shared grief for one of our own.

8.       When you open your eyes in the morning and pinch yourself because you’ve just woken up in Israel.

9.       Visiting the Cave of the Patriarchs or Rachel’s Tomb, it comes on you that you are literally in the place where the Jewish matriarchs and patriarchs are buried, and you get goosebumps, even if you’ve been there a dozen times before.

10.   Landing in Israel for the first time, you are seized by the desire to bend down and kiss the earth, but discover that tarmac doesn’t taste—or smell—very good. Still, your heart is full and your eyes are wet.

11.   Touching the stones of the Western Wall, you suddenly understand that history is real. That this retaining wall was built by Herod—that history really happened.

12.   Watching a bridal couple under a canopy on a starlit night in Jerusalem or watching a son’s bar mitzvah at the Wall is invested with so much more meaning than could possibly be realized anywhere else in the world.

13.   At the conclusion of a son’s college graduation ceremony, everyone rises to sing Hatikvah, the Israeli national anthem, and you are so moved, thinking what a miracle it is that Israel has such fine academic institutions and that your Jewish son has had the benefit of a college education in the Jewish State. 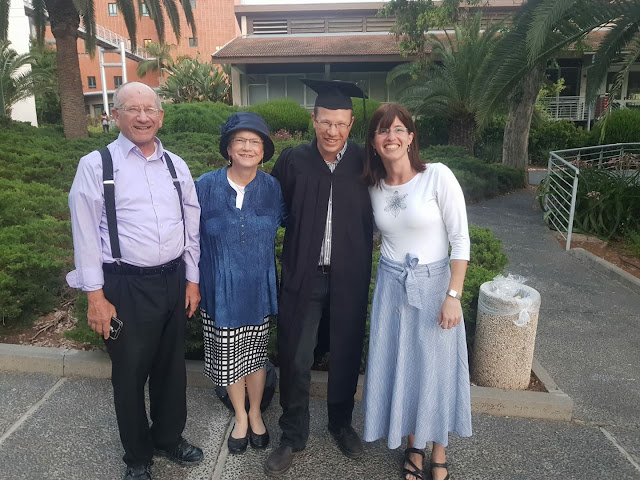 14.   When you marvel at hearing your children and grandchildren converse with each other and with their friends in Hebrew, even after 43 years of life in Israel.

15.   The happiness one feels at seeing your Jewish children marry Jewish spouses and have their own Jewish children, knowing that this outcome would not at all have been assured had you stayed in the States.

16.   Watching your grandchildren playing under the Israeli sun, and think how they are growing up free and proud to be Jews, and your heart swells with joy. It’s how you know you made the right decision: Aliyah.

17.   You study your family tree only to discover realize your ancestors lived and died in Jerusalem, and you no longer feel like an outsider. You walk on Jaffa Rd. with your head held just a little bit higher, knowing that your roots are just as strong as anyone else’s, despite your awkward grasp of Hebrew.

18.   When you buy a burekas and a cup of lemonade from Burekas Ramle in the Machane Yehuda market, and ask how much it costs, the shopkeeper will give you a meaningful look and say, “Chai Shkalim” (18 shekels), 18 being the numerical value of the Hebrew Chai, or LIVE! The price never seems to change.