Jews buy a building in Hebron. So, naturally, they are accused of "stealing" it. 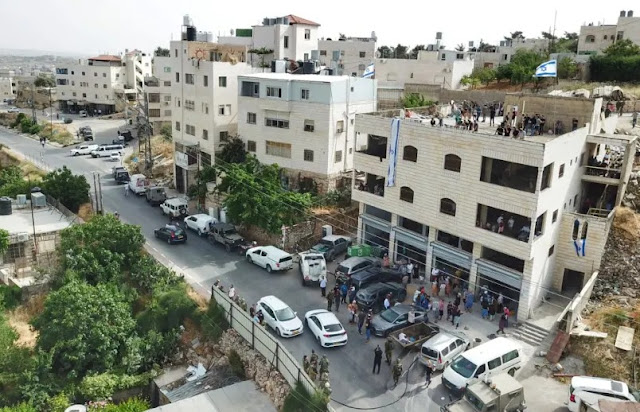 Dozens of Israeli settlers, under the protection of the Israeli army, today took over a Palestinian-owned uninhibited house in the Wadi al-Hasin area to the east of Hebron, according to a local activist.
Anti-settlement activist, Aref Jaber, said settlers, backed by Israeli forces, took over a 1200-square-meters three-storey uninhibited house owned by local Palestinian resident Walid al-Ja’abri.

Israeli settlers forcibly seize Palestinian-owned building in Hebron
Video shows settlers carrying their belongings, including mattresses and suitcases, as they stormed the building

There's only one problem: Not only did a Jewish group purchase the building, but the Al Jabari family that previously owned the building admits it!
From Ibrahim Al Jabari on Facebook, autotranslated to English: 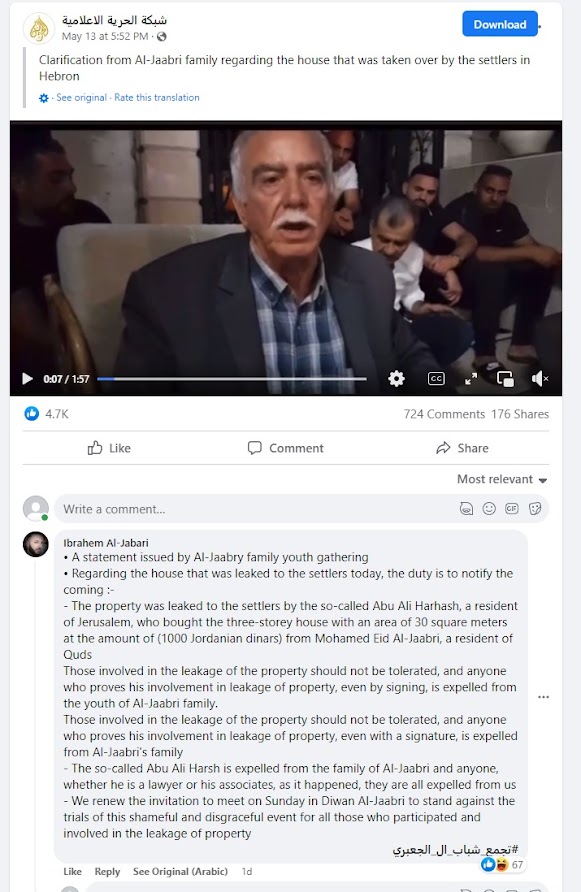 Other members of the Jabari family posted the identical message themselves.
Mohamed Eid al-Jabari sold the building to Abu Ali Harhash of Jerusalem for 500,000 Jordanian dinars ($705,000) - (the autotranslation is wrong.) Harhash then sold it to a Jewish group.
The al-Jabari family is not alleging that their property was stolen. They are incensed that a member of their family sold the property to someone who almost certainly was acting as a front for the Jewish group, and who probably will take his significant fee and move to Europe or Dubai where he doesn't have to worry as much about being assassinated.
The building, called Beit HaTekufa, is closer to Kiryat Arba than to the Tomb of the Patriarchs.