Despite what Jordan says, their legal rights on the Temple Mount are limited 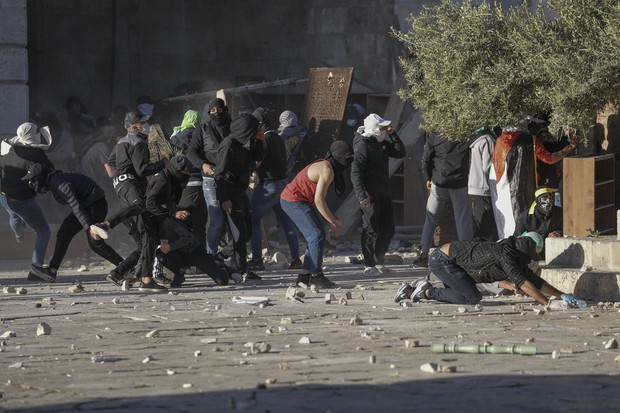 Jordanian officials have been loudly claiming that they have exclusive rights to the holy places in Jerusalem.
Amman's Deputy Prime Minister and Minister of Foreign Affairs and Expatriates, Ayman Safadi, said that "there is no Israeli sovereignty over the city's holy sites."
So let's look again at exactly what the Israeli-Jordanian peace agreement says.

Article 9 - Places of Historical and Religious Significance and Interfaith Relations
1. Each Party will provide freedom of access to places of religious and historical significance.
2. In this regard, in accordance with the Washington Declaration, Israel respects the present special role of the Hashemite Kingdom of Jordan in Muslim Holy shrines in Jerusalem. When negotiations on the permanent status will take place, Israel will give high priority to the Jordanian historic role in these shrines.
3. The Parties will act together to promote interfaith relations among the three monotheistic religions, with the aim of working towards religious understanding, moral commitment, freedom of religious worship, and tolerance and peace.

The first paragraph makes it clear that Jews should be allowed to visit the Temple Mount. Probably more than the twice a day, five says a week they have now. And when Jordanian leaders say that Jews are not allowed there at all, they are violating this agreement.
The third paragraph, like the first, is routinely disrespected by Jordanian officials, where they do not allow that Jews have any historic or religious rights in Jerusalem.
The second paragraph is key. The first sentence says "Israel respects the present special role of the Hashemite Kingdom of Jordan in Muslim Holy shrines in Jerusalem." At the time, the special role was that Jordan controlled the Waqf which was responsible for the religious and civil arrangements.
What does "respect" mean in a legal document?
It can mean that Israel must defer to Jordan's role. But it can also imply that Israel is the real party controlling the sites, and it promises to show respect for Jordan's role - which doesn't mean that Jordan has legal rights over the area and Israel's being somewhat altruistic in letting Jordan keep its role.
I believe that the second sentence makes that latter meaning more likely: "When negotiations on the permanent status will take place, Israel will give high priority to the Jordanian historic role in these shrines." It sounds like Israel has all the rights, and it voluntarily concedes them in the interest of neighborly relations. But if there are overriding reasons for Israel to take over, its priorities may override the others.
At any rate, Jordan's insistence that it has legal control over the Temple Mount is not at all supported by the signed agreements with Israel.
Elder of Ziyon at Wednesday, May 11, 2022
‹
›
Home
View web version