On Friday, a man in Lakewood NJ went on a string of attacks against identifiably Orthodox Jews, nearly killing at least one of them.

The suspect first assaulted a driver and stole his car before hitting a pedestrian with it. He then stabbed a male Jewish victim in the chest and about two hours later, hit another pedestrian with the same vehicle.

According to the Shore News Network, Bryan Huntingburg, spokesperson for the Prosecutor’s Office, stated that the bias intimidation charges arose over statements Marsh made to detectives.

In other words, suspect Dion Marsh told detectives he was specifically attacking Jews. And he attacked four, not three - and three of them remain hospitalized, two in critical condition.

Marsh's Facebook page shows nothing antisemitic, although one disturbing video on the site includes brief scenes of him holding an automatic weapon and of him flipping off the camera. 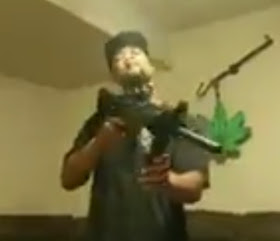 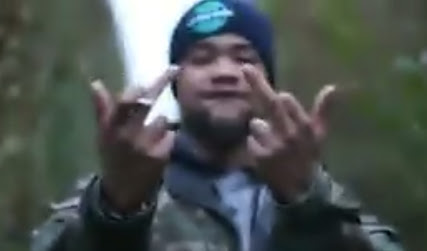 Black antisemitism is the third rail for the media and politicians. No one wants to talk about it even as we see multiple attacks a week by Black people against Orthodox Jews in New York and elsewhere This is not the first such attack in Lakewood. It's been happening in Chicago as well.

Black attackers of Jews are not white supremacists. They are usually not Muslims. They don't pretend to be mere anti-Zionists.  It is an entirely different category of attacker,  The motives are different. The solutions would be different.

But from reading the articles about attacks, the media is reluctant to identify anything about the perpetrator unless he (or she) is a white supremacist. Journalists and politicians are afraid that pointing out the motivation will be flipped around and they will be labeled racist or Islamophobic.

What exactly did Marsh tell the detectives about Jews? Shouldn't this be publicized as a first step in determining how to fight this flavor of antisemitism?

Unless it is defined, no one can do anything to combat it. We have some ideas of why Black antisemitism existed in the past, but how do we know this is the same thing? Is it influence from Nation of Islam along with their lies that Jews controlled the slave trade? Is it an outgrowth of the idea that Blacks are the real Jews and Jews are imposters, as Nick Cannon and his guests have claimed?

Sweeping this under the rug does no one any favors, including the Black people that the largely white media are trying to mollify.

Let's hear exactly what Dion Marsh believes. I bet it is not unique to him, and if 20% of Black people believe the same thing, it needs to be exposed and debunked - forthrightly and honestly.