Somehow, @Amnesty and @HRW missed the stories of the continuing torture of a Jew in Yemen prison and the ethnic cleansing of Jews from Yemen

One year ago, the last handful of Jewish families in Yemen were deported from the country by the Iranian-backed Houthi rebels, marking the end of the 2,600 year old Jewish community in Yemen.
Here we have not only a human rights violation of forcible deportation but a complete ethnic cleansing of a venerable minority group from a country.
Amnesty International and Human Rights Watch did not say a word about this, though. The eradication of the Jewish community didn't reach the threshold of what is noteworthy to human rights groups. Their Yemen pages don't mention Jews, and neither did their annual reports' Yemen sections.
Amnesty prides itself on fighting to release political prisoners. Levi Salem Marhabi is a Jew in ill health who remains tortured in a Yemen prison. Even though a Yemen court ruled that he should be released in 2019, and even though his release was supposed to be part of the deal to deport Yemen's Jews, he remains imprisoned today.
The US State Department has called for his release. The plight of the Jews of Yemen and of Marhabi specifically were mentioned in US government annual reports on human rights.
Amnesty, and HRW, have been silent about Levi Salem Marhabi.
The last time Amnesty said anything about the Jews in Yemen was in 2008. That was also the last time HRW mentioned them as an aside.
The Houthi flag itself literally says "Curse the Jews." The antisemitism of these Islamists is explicit, and doesn't even pretend to hide behind "anti-Zionism."  But to these "human rights" groups, the remaining Jews in Yemen who were directly threatened by the Houthis every day were not worth a press release. Marhabi is not worth a tweet to these groups. 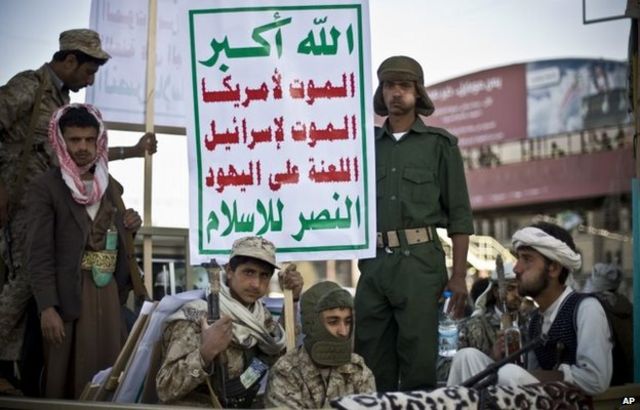 The antisemitism of Human Rights Watch and Amnesty International is not only obvious from their obsessive hate of the Jewish state. It is also clear from what they decide not to report. And they bend over backwards to ignore antisemitism like this.