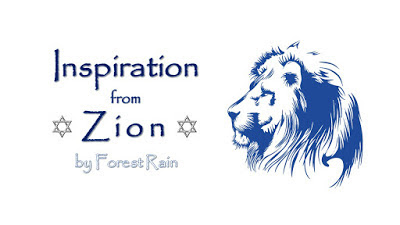 As a Jewish child, growing up in America, I was so privileged, I didn’t even realize I was privileged.

I knew that as a child, my mother got beaten up by Christian kids because “Jews killed Jesus” but that happened to her, not me. I never knowingly experienced antisemitism or discrimination.

I knew that my grandmother fled Russia and fought for the founding of the Jewish State but she did that, not me.

I knew that my father grew up without his family because they shipped him off to America as a very small child to save him from the Holocaust. I don’t know what happened to them, most Hungarian Jews ended up in Auschwitz. It was later that I learned that the US government knew what was happening in Auschwitz, could have bombed the train tracks to stop more Jews, my family, from being shipped off to their deaths but chose not to. America bombed factories all around the train tracks to damage the military industry but not the train tracks. Why damage the Nazi death industry?

I knew. But none of those things happened to me. I lived in a nice house, went to a nice school, had friends, took dance lessons. I was never cold or hungry. I didn’t know what it was like to have friends murdered in terror attacks or to have missiles shot at me.

I had no idea how privileged I was.

When I made Aliyah and learned how difficult it is to integrate into the country, I didn’t understand why people from previous waves of immigration didn’t make it easier. Every single wave of immigrants has had to fight to become Israeli, to prove their worth, and to belong. Some had bigger gaps to bridge than others, but all had a hard time, including privileged me.

Why did those who had made their own Aliyah look with skepticism on new immigrants? We all want Jews to come home, why are there hesitations and difficulties in embracing those who come? Why the duality in attitude?

When he was Prime Minister Ariel Sharon coined the term “things one can see from here, you don’t see from there.” He was referring to the different perspective he gained sitting in the Prime Minister’s seat. Understanding changes when perspective changes.

Now I know what it is like to have missiles shot at me because I am a Jew and I live in the Jewish homeland.

Now I know what it is like to stand at a funeral for a girl the same age as my son, murdered because she was a Jew, serving the Jewish State.

Now I know what it is like to stand each year and mark the names of all the people who were murdered for being Jews – just those who belonged to the same school my boys attended. Once I would not have understood why there is empty space on the Memorial Wall at the school, space for more names. I certainly would never have wondered what will they do when the wall is full. WHEN it is full – not IF it becomes full.

Now I know what it is like to be worried about MY soldier. To be terrified of the knock on the door. To have my guts twist in helpless agony for friends who did experience that life-changing official knock, announcing that your most precious was ripped from you, that your family will never be the same again.

Now I know many things I did not know before…

Now when I see the propaganda telling me that I must agree with Ukrainian President Volodymyr Zelensky because he is Jewish, I am reminded of my grandmother’s reaction to Joe Liberman’s run for VP. Zelensky is looking out for Ukrainian interests (as he should). All kinds of people, with varying agendas (including Zelensky) are pushing his Jewish roots and using Holocaust memory to manipulate Israel into action – with no regard for Israeli interests or security.

Now I understand the duality of attitude regarding new immigrants to Israel. How do we know that they are even Jews? We want ALL JEWS, from everywhere in the world, especially from areas where they are in danger, to make Aliyah. All of them. We will find the means to take care of them and do so happily. But non-Jews? Especially non-Jewish refugees from a notoriously antisemitic country?! No. Just no. Israel has already accepted way too many non-Jewish USSR ex-pats who just wanted to improve their standard of living. America didn’t accept them but they learned to manipulate the Israeli system, so they came here instead.

There are many voices, particularly those backed by progressive Jewish, American-based organizations declaring that Israel needs to stand on the side of morality and help ALL Ukrainian refugees, without inquiring if they are Jewish or have any connection to Israel.

One of the most fundamental lessons of Jewish morality teaches that one must look after the poor of one’s own town before looking elsewhere. Morality is looking after our family, friends, and neighbors before looking after strangers. The Jewish State is responsible for Jewish lives and a Jewish future. Those who are so privileged they don’t realize they are privileged might not realize that we can not take the existence of a Jewish State and a Jewish future for granted.

Privileged or malevolent. Sometimes, it is hard to tell the difference - particularly when the result of adhering to their advice is destruction.

No one on the face of the earth has any right to demand that Jews or Israel do anything else. No one else will protect us. Israel DOES send assistance to all kinds of people, all over the world but we do so because we chose to, not because we must or because morality demands it.

It might be reasonable to demand we assist other nations when there are no poor people left in Israel. When none of our elderly have to choose between heating their homes in winter or buying medicine. When the government doesn’t have to choose which medicines to subsidize because there is enough money to find treatments for everyone (Jews AND non-Jewish Israelis). When we are not in a constant battle for the right to exist.

Then, maybe, it will be reasonable to demand we use our resources for other people and other nations. Until that time, no. Just no.