Antisemitism hasn't changed in its fundamental form for thousands of years.
Here is the base text of all antisemitism, from Esther 3:

Some time afterward, King Ahasuerus promoted Haman son of Hammedatha the Agagite; he advanced him and seated him higher than any of his fellow officials.
All the king’s courtiers in the palace gate knelt and bowed low to Haman, for such was the king’s order concerning him; but Mordecai would not kneel or bow low. Then the king’s courtiers who were in the palace gate said to Mordecai, “Why do you disobey the king’s order?”
When they spoke to him day after day and he would not listen to them, they told Haman, in order to see whether Mordecai’s resolve would prevail; for he had explained to them that he was a Jew.
When Haman saw that Mordecai would not kneel or bow low to him, Haman was filled with rage. But he disdained to lay hands on Mordecai alone; having been told who Mordecai’s people were, Haman plotted to do away with all the Jews, Mordecai’s people, throughout the kingdom of Ahasuerus.
In the first month, that is, the month of Nisan, in the twelfth year of King Ahasuerus, pur—which means “the lot”—was cast before Haman concerning every day and every month, [until it fell on] the twelfth month, that is, the month of Adar.
Haman then said to King Ahasuerus, “There is a certain people, scattered and dispersed among the other peoples in all the provinces of your realm, whose laws are different from those of any other people and who do not obey the king’s laws; and it is not in Your Majesty’s interest to tolerate them. If it please Your Majesty, let an edict be drawn for their destruction, and I will pay ten thousand talents of silver to the stewards for deposit in the royal treasury.”
Thereupon the king removed his signet ring from his hand and gave it to Haman son of Hammedatha the Agagite, the foe of the Jews. And the king said, “The money and the people are yours to do with as you see fit.”

The king's courtiers are essentially the media of the day. They see something happening and - pretending to be only interested in transparency - try to stir things up so they have something to talk about and feel important. They tell Haman - at the equivalent of a press conference - hey, check out that Jew who is not bowing to you! What are you going to do about it?
Haman didn't notice it himself. He's the Grand Vizier, after all. But he cannot ignore an affront to his honor once it is pointed out. People will make fun of him. And, then as now, honor is supreme.
But Haman, like all antisemites in history, generalizes one Jew to the entire nation. He must wipe them all out. It is an obsession.
Haman knows how irrational it is. So when he presents his plan to the King, he cannot possibly say he hates Jews because of one Jew who doesn't bow. He needs to find an excuse where getting rid of the entire Jewish nation is the moral thing to do. It has no right to exist.  And that bogus reason is treated as if it is truth, even though the actual hatred always precedes the justification given afterwards. 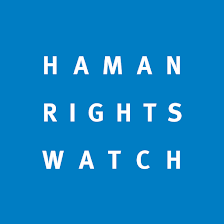 Haman makes up lies about the Jewish people. He makes them sound like they are different from other people, that they ignore laws. Kind of like how today's self-appointed arbiters of morality falsely say that Israel is violating international law when defending itself.
He implies that these different people could conspire against the Kingdom.
Compare Haman's accusations against the Jews with this description in an 1826 newspaper (it was published in America but appears to have been republished from elsewhere, perhaps England.) 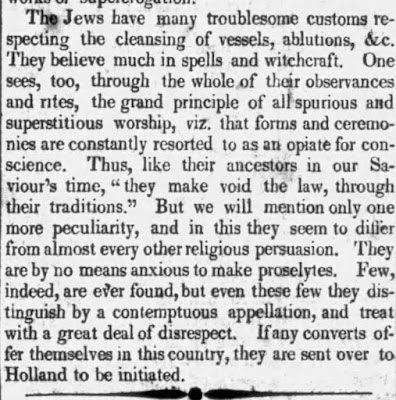 The king really doesn't care that much about Jewish lives. If Haman says there's smoke, there must be fire, and it is not worth the time to find out if there is another side to the story. After all, Haman is a respected member of the human rights community  - he wouldn't lie.
And Jews cannot rely on others to protect them.
But Haman wants to make sure that the king is on his side, so he literally tries to bribe him. The king might not take the bribe but he is honored at the offer. Just as today's antisemites are honored as brave souls who speak truth to power - once they join that side, they cannot change their mind no matter what the facts are. They are tied to their original opinions and they are lauded for it.
Notice that Mordechai realizes the psychological power of the bribe offer as well in the next chapter.
Nothing changes.