The Ukrainian Jewish community response to Kyiv under attack (RealJerusalemStreets) 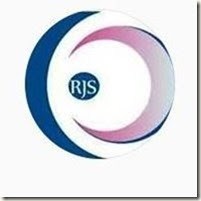 By RealJerusalemStreets
I sit here in Jerusalem, on a cold and overcast afternoon when the weather forecast was for sunny and warm, and I had planned to walk to the Kotel.
These past two corona years, I filled multiple notebooks from online sessions. However, this is one story I feel compelled to share.
Today in balmy Greece, Israeli President Herzog is officially being welcomed as previously planned.
Meanwhile, Putin goes against the "expert" predictions of only threatening but starts bombing Ukraine to provide "peacekeeping" - with China and Iran in support.
With the rumors and fake news, it is hard to know what is true according to Rabbi Johnathan Markovitch, the Chief Rabbi of Kyiv, in a Media Central press interview.
There were lines of cars trying to fill with gas and people stocking up on food in certain locations. However, the main streets in Kyiv were empty, on Thursday morning, February 24, 2022, as warning air-raid alarms sounded. The people financially and physically able to leave had gone already. By 6:30 AM, it was too late to drive out of Kyiv as roads were clogged with cars trying to flee. The Kyiv airport and Odesa Port hit by Russian airpower were no longer options to escape. Remember for weeks authorities assured, Putin would threaten, but not really attack Ukraine.
Kyiv, also Kiev, the capital and most populous city had close to 3 million people before Russian threats loomed, and was home to a thriving Jewish community. Hours after the attack on Kyiv, Chief Rabbi and his wife Inna spoke of the situation from the Kyiv Jewish Center at 67 Saksaganskova Street. The KJC prepared for a possible emergency with 50 mattresses, 6 tons of food, and water, ready to shelter the community members left behind, those who could reach the synagogue.
Of the thousands of Jews who had lived in Kyiv, Israelis, the wealthy, and the young have taken precautions and left their homes behind. The organized Jewish community before the current crisis provided food for 800 daily, mostly elderly, with two hundred residents bed-ridden.  Inna told of a 104-year-old woman holding her hand on a recent visit and tearfully saying how she had survived the Nazis.
Rabbi Markovitch was born in Ukraine and came to Israel with his parents as a three-year-old. He served in the Israeli Air Force for 12 years. For the past 21 years he and his wife, parents to 7 children, have lived in Kyiv. Rabbi Ariel and Cherry Markovitch, a son and native French daughter-in-law had packed their bags in the morning and came to the synagogue. They reiterated that people who tried to get out of Kyiv after 6:00 am were stuck in traffic for hours and had no choice but to return.
More than once, it was mentioned that, unlike Israel, in Kyiv, there are no bomb shelters. The alarm this morning was a faint sound, the concerned calls from around the world woke them at 5:00 AM. The official response told people to go to metro stations below ground for shelter. However, Inna said the nearest one to them is a 20-minute walk. Imagine 20 minutes to shelter in Israel?!
For now, they are okay, but if the situation continues, food becomes scarce, and word gets out the Jewish synagogue has food stocked, they are concerned. They said they did not feel antisemitism was a problem in their time in Kyiv. If there was an issue the rabbi would contact the Ukrainian Interior Affairs or another official on the cell phone and the matter would be resolved. The main concern the couple expressed today was their armed security did not show up as planned. Plus another security company they then contacted doubled the fee.
Ten percent of the local police force is Jewish and Jews serve in the military and secret service. However, without proper security, the prospect of angry mobs is a serious concern. In 2014, there were riots and looting. We know enough history to imagine horrible scenarios. Strangers approaching KJC will be provided a food package. But for safety's sake, only known members of the Jewish community will be allowed inside.
The Jewish Agency has promised aid. The Israel Embassy has relocated a 7-hour drive away to a temporary site near the Polish border. They have been in contact and provided a map with border crossing points. However, getting out of Kyiv was the problem in the morning.
The French Embassy advised their citizens to stay. Others have said to leave.  For now, the Rabbi and his family are taking the situation step by step. First, serving lunch to the 50 people, including children, who were already in the synagogue building, while praying for the best outcome in a terrifying situation.