My next random page from Amnesty to fisk is page 210. It coincidentally comes right after my last section.
Page 210 says:

ATTACKS AGAINST HEALTHCARE WORKERS AND MEDICAL FACILITIES
Over the years, Israel’s army has repeatedly targeted medical facilities during its military offensives. According to the NGO Medical Aid for Palestinians, 147 hospitals and clinics, and 80 ambulances, were damaged or destroyed in military offensives on Gaza between 2008 and 2017. In the same period, 145 medical workers – most of them ambulance drivers – were killed or injured.

Israel's targets are legitimate military targets. Sometimes they are Hamas hiding in medical facilities that Israel tries to verify are empty.

Here are only a few examples of how Hamas uses medical facilities. Amnesty does not mention any of them.

Wafa hospital, where the IDF repeatedly ensured that no patients were there and that Hamas was firing from it:

Terrorists using an ambulance:
And again:
In the 2009 war, I categorized dead "medics" who were terrorists:
Azmi Abu Dallal. medic, was a member of the Nuseirat Battalion of the Al Qassam Brigades.Ahmed Al-Khatib, nurse, was a field commander of the Popular Resistance Committees.Mohammed Abu Hassir, medic, was a fighter for the Al Qassam Brigades: 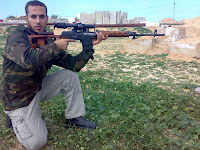 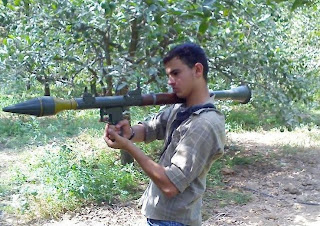 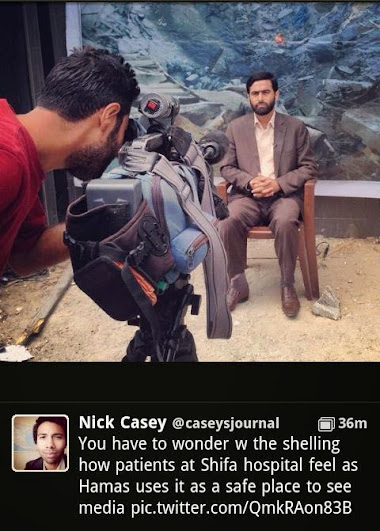 There was a Hamas sniper position on the tenth floor of the Palestinian Red Crescent Society building in 2014.
Hamas booby-trapped an UNRWA medical clinic, and blew it up when IDF soldiers entered.
Amnesty categorized these three Islamic Jihad terrorists as innocent "ambulance drivers."
Here is the martyr poster for 'Aatef Saleh al-Zameli. Note that he is not wearing scrubs. He's in uniform. 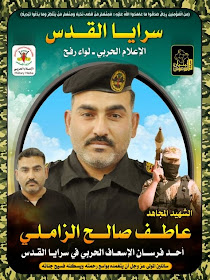 The name of the "nurse" killed was actually Yousef Ahmad Sheikh al-Eid. Here is his Islamic Jihad martyr poster: 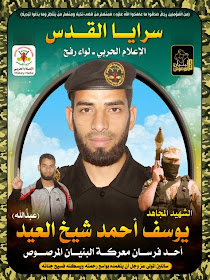 The "paramedic" Yousef Jaber Darabih was also a proud member of the jihadist terror group: 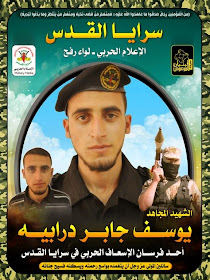 Amnesty's not mentioning how Hamas and Islamic Jihad use medical locations and equipment as covers for terrorism is a highly relevant fact that Amnesty is purposefully omitting in order to demonize Israel and whitewash Hamas/Islamic Jihad crimes.
Does that sound objective to you? 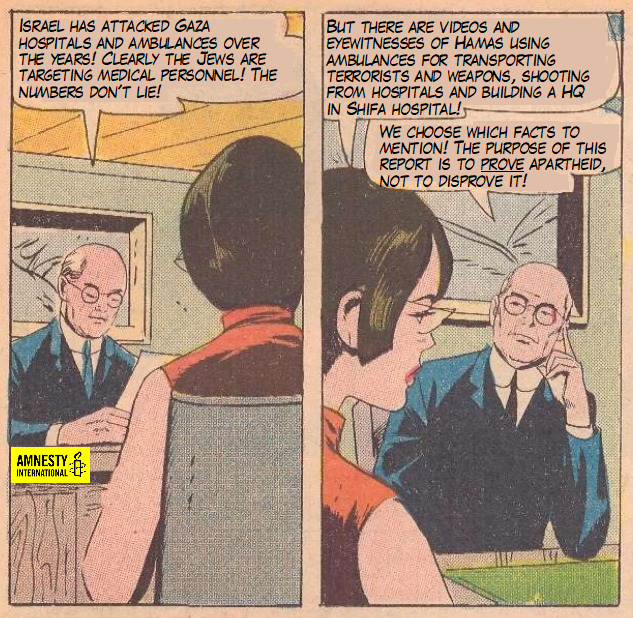