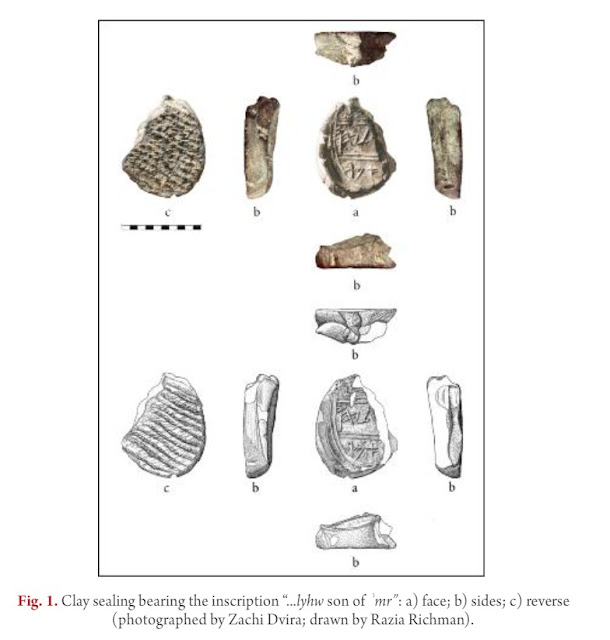 New research on several artifacts dating back 2,600 years and uncovered in the area of the Temple Mount or its immediate proximity has shed light on where both the Temple and the Kingdom of Judah’s treasuries once stood, two Israeli archaeologists have suggested.
The two, Zachi Dvira and Dr. Gabriel Barkay, analyzed dozens of clay seals that were found over the decades by sifting soil from the holy area – where archaeological digs are not allowed – as well as from excavations at Ophel Park, adjacent to the southern wall of the Old City.
Clay seals were used in antiquity to sign documents or containers, ensuring they would reach their recipients closed and untouched. The seals could bear symbols or inscriptions.
“Scholars usually don’t consider the back of the seals, but by doing it, a lot can be learned, especially about the type of objects they were attached to,” said Dvira.
By analyzing the seals, the scholars realized that a significant number of the artifacts carried impressions of woven fabrics on their reverse. This likely indicated that they were used to seal small bags filled with precious metals.

A lot of the evidence gathered for this research came from the Temple Mount Sifting Project, which goes through tons of debris that the Waqf dumped in the 1990s from their illegal digs underneath the Temple Mount.
Since the Temple Mount Sifting Project has been going through the debris, it has found numerous findings from the First Temple period including these seals. Clearly, there was an important building on the site and others surrounding it during the Iron Age. The evidence would be far more fragmentary if it wasn't for the Muslims who tried to destroy Jewish history.
As far as I know, there had been essentially no findings from the First Temple period before the Sifting Project and a few other projects on or near the Mount.
Imagine what could have been found if Israel had not allowed the Waqf to build the Marwani Mosque underground.
(h/t Yoel)