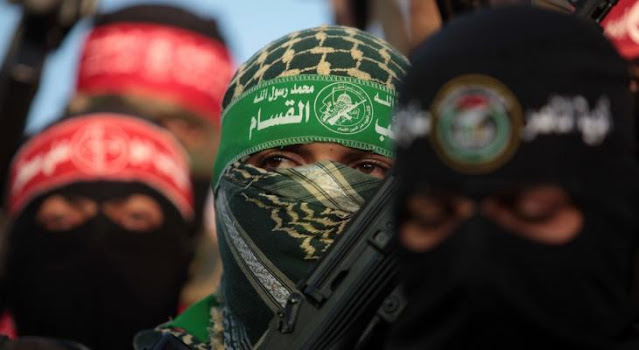 Israel is planning to ease a series of restrictions currently in place on the Gaza Strip, aiming to alleviate some of the territory’s economic woes and prompt the population to pressure the Hamas terror group to keep the calm, according to a report Sunday morning.
Among the moves allegedly being weighed is increasing the number of work permits for Gazans in Israel and allowing some dual-use materials to enter. in coordination with the UN. which will ensure they are used for civilian purposes rather than terror, the Haaretz daily reported, citing unnamed security sources.

Informed sources stated that the resistance factions informed the concerned mediators, especially the Egyptian mediator, of their rejection of any Israeli solutions or proposals represented in a formal easing of the restrictions imposed on the Strip.
In turn, the spokesman for the Islamic Jihad Movement, Tariq Ezz El-Din, said: "The Israeli talk about alleged easing will not deceive the resistance factions, and it will not be a substitute for lifting the siege, nor will it succeed in absorbing the anger of the resistance."

Hamas issued a press release where they said that they prefer war to any other solution:

The Islamic Resistance Movement "Hamas" affirmed that the choice of comprehensive resistance, primarily armed resistance, and igniting the intifada in the face of the occupation, is the way to extract our rights, liberate our land, and defend our people, our principles, our sanctities and our prisoners, and it is capable of deterring the occupier, curbing his aggression, and stopping his crimes.

Gazans know who wants peace and who wants them to be under constant war.

It is notable that Hamas' press release was for the 13th anniversary of the start of the 2008-2009 Gaza war, on December 27.
However, at the time, Hamas had declared that it started the war three days earlier, with a barrage of rockets they called Operation Oil Stain. Throughout the war Hamas maintained that they were the ones who started it. Now, they choose to say that Israel started it - by responding to their rockets.