Gawker says Jews who are proud of their heritage are just like fascists! 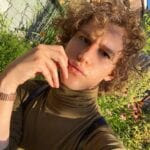 Someone named Alex V. Green, who normally writes about LGBTQ identity issues, has suddenly become an expert on Israel. They wrote on Gawker about the "social justice Zionists" who are horrible for claiming to be indigenous to the land of Israel and for a host of other modern sins.
As is always the case, the anti-Israel arguments are based on lies.
Here's one example. Green says, "the IDF posts affirmations-style memes calling Arabs terrorists." The link goes to this graphic: 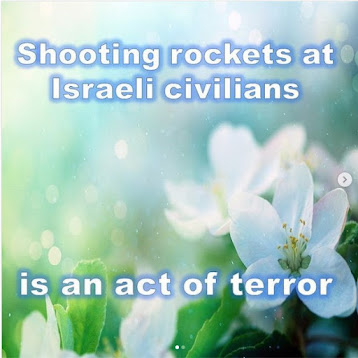 Does this graphic call Arabs terrorists, or does it point out - accurately - that shooting rockets at civilians is terrorism?
From this one example, we learn that Alex V. Green is: 1) a liar, 2) guilty of the crime they accuse the IDF of: saying that all Palestinians are terrorists.
Green then goes on to say this oh-so-woke piece of antisemitism:

But the notion that Jews are “indigenous” to Palestine, specifically to the Biblical kingdom of Judea, is new to me....But here were all these kids, pointing to their curly hair or dark eyes as evidence of Semitic nativity (you know, like fascists do!), citing genetic studies and calling themselves “decolonized.”

Accusing Jews who are proud of their ancestry originating in the Land of Israel of fascism is the key pull-quote in the article:

Gee, what fun to accuse people of fascism based on their pride in their appearance, heritage and DNA!
Anyone else on the planet who is proud of their genetic ties to their homelands are wonderful examples of self-respect; when Jews do it they are aping the Aryans who wanted to murder them. What a fun juxtaposition!
Now that we see that Alex V Green is a lying piece of antisemitic (but Jewish!) trash, what more do you need to know?