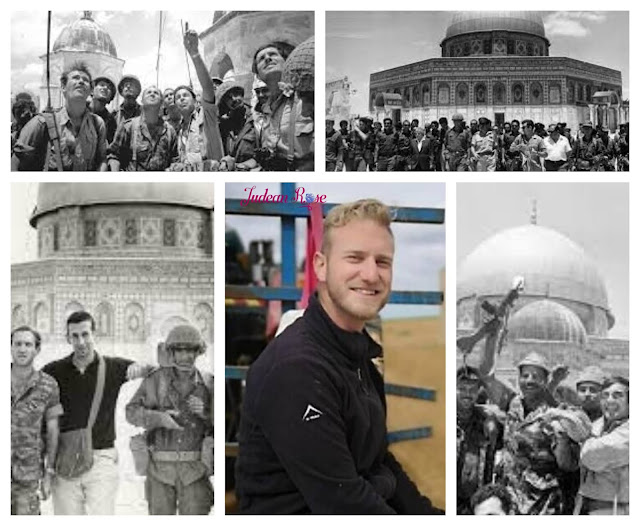 Buried deep into a piece about the heart-wrenching murder of Eli Kay, HY”D,* was this sentence: “The Temple Mount was closed to Jews immediately after the attack.”

This is a sentence to which we have become accustomed to encountering after every Jerusalem terror attack. And it is a painful sentence to read. It is a sentence that represents a fundamental disagreement between everyday Israelis and decisions successive Israeli governments, through the years, have made.

Many of us believe it is a tactical mistake for Israel to make it illegal for Israeli Jews to exercise their religious rights in reference to the holiest site in Judaism. It means we have ceded sovereignty, surrendered power. It means they, the Arabs, have won the battle, and kept the Temple Mount for themselves, the crown jewel of Jerusalem, Judenrein. They kill us in the streets of the Holy City, and our response is to make concessions. We make nice to them by sacrificing our own fundamental human rights, as we watch them preen over their victory and plan the next step in eradicating the Jewish presence in what they think of as their land.

And so it goes with all our religious sites. When the sovereign government of Israel forbids Jews from visiting religious shrines, what are the Arabs to understand but that the Jews have submitted to Allah? The fact that the “Temple Mount was closed to Jews immediately after the attack,” is tantamount to Jewish acknowledgement that Islam reigns supreme (God forbid) over the Temple Mount, God’s house.

This tactic of not riling up the "natives," in which we bow to false narratives and antisemitic dictates makes Jews pathetic. When we concede the Temple Mount to Muslims, barring Jewish prayer and access, we support the view that Jews have and should have no rights: no right to the land, no access to Jewish holy sites, no recognition of Jewish history.

We look the other way as they rewrite history, regurgitating lies to their children in mosques and UNRWA classrooms. We look the other way on the things they say about us among themselves in their own language, and what they teach to their children and the masses at large. Indeed the murderer of Eli Kay was on the payroll of the Jerusalem Municipality in his profession as a teacher in a boy’s school in the Muslim Quarter, under the auspices of Israel’s Education Ministry. This monster (may his name and memory be erased) got paid by Israel to mold young minds using the antisemitic PA curriculum.

Teachers like the murderer of Eli Kay declare and preach that the Jews are thieves, that the Arabs were in Israel before the Jews, that the Jews are from Europe. These “educators” tell young people that Jews are vermin who appropriate Arab food. Their students learn that the Jews started the Holocaust to provide an excuse to steal more Arab land. The world, headed by Europe, sends them billions of dollars in support, much of it going precisely for this sort of concerted incitement. It is impossible not to deduce that the world wants us, the Jews, dead.

For people like the monster who killed Eli Kay, there is only one way, one world. That world is black and white and divided into two. There is land ruled by Muslims (dar al-Islam), and land that is yet to be ruled by Muslims, and until then, remains the domain of war (dar al-harb).

This Arab attitude of attack and receive concessions has taken hold. But back in 1967, things were different. The Arabs knew that they had been trounced. They saw no return to Muslim rule on the horizon. The Jews had trumped Islam and captured the height of heights, the pinnacle of holiness, the Temple Mount.

The Arabs were beaten and they knew it. But as it turned out, however, that didn’t matter. They'd lost but they'd won. Because Moshe Dayan, a man right up there in the Israeli hierarchy, a man who had just suffered a nervous breakdown, went and returned the Temple Mount, the spoils of war that anyway belonged to the Jews by right, to the vanquished enemy.

Moshe Dayan ceded the Temple Mount (and other important holy sites) consulting no one. Giving back what Israel had fought hard to restore to the rightful owners, the Jewish people, was one man’s doomed, dumb, and tragic attempt at making peace with an implacable enemy. Dayan did not succeed in making peace. Instead, he succeeded in giving the defeated party a hold on his people, the Jews.

From the time Dayan gave the Temple Mount, so recently b’yadeinu (in our hands), to the Waqf—the Jordanian Islamic Trust—the Jews were screwed. From the Arab perspective, the Jews had bent their heads to Islam. The Jew Dayan had given Islam a clawhold on God’s house, the Temple. Islam had received a gift at the hand of a Jew, a prize, the Temple Mount, a place at the heart of Judaism, the height of Jewish holiness.

Why should anyone be surprised that they should think they had gained the upper hand? After all, the Temple Mount had been handed over to them on a platter. Why would they not think that the Jews had submitted to Islam? With the Temple Mount in their hands, they hold us by the neck like a bulging plastic bag. With their stranglehold on Jerusalem, from atop Temple Mount, they believe they are king.

This is not a good thing for the Jews of Israel. Dayan give them a mile, and expected them to refrain from taking an inch. But the opposite was and still is true. The more concessions made, the more Arabs and their supporters demonize us in the media, and the more terrorists set out to murder Jews within the Holy City. Here is the “peace” agreement between Jews and Arabs: Jews agree not to pray or step foot on the Temple Mount. In exchange, maybe the Arabs won’t riot, or maybe they will. Because they are holding the football.

The Arabs hold the crown jewel of Judaism. Dayan, a symbol of the Israeli left, handed it to them. This is his legacy: the more Arabs riot, the more Jews are forbidden access to their holy places. Because the Arabs have learned to make a ruckus when Jews ascend to their holy places, in particular after a terror attack: it’s too “contentious” for Jews to be in this spot that means so much to them, but has been stamped with the imprint of Islam, a stamp so difficult for Jews to now revoke.

Thus, Israel keeps the quiet by assenting to their rules, their way, their God.

That is the only way to understand this tactic, this mechanism by which the Jews are trapped in a web of violence of their own making by way of Moshe Dayan and now the Israeli left. This is the apparatus by which the sacrifice of a beautiful young man who was murdered, Eli Kay, is trivialized and demeaned by an Israeli edict against Jewish religious rites.

Going back to 1967, we see that it took the Arabs a bit of time to understand that while they were sure they’d lost, they’d actually won, because they received the Temple Mount. But until that realization sank in, the Arabs understood only that they had been humiliated. A few Jews had vanquished many Arabs, a modern-day David meeting the infernal Goliath.

In 1967, the Arabs absorbed a lesson. They’d been spanked. They knew who was who, and what was what. Allah had not smiled on them. They’d been trounced, and thoroughly cowed. The effect was to drastically reduce Arab terror.

This was the Israel I came to when I arrived in 1979. An Israel in which the Arabs of the Old City were docile and submissive. When the residents of the Jewish Quarter of which I was one, hired the occasional sabal to cart our things around on their backs, I was reminded of how the British had treated the people of India as their inferiors. How submissive the natives were, saying “Yes, Memsahib, no, Memsahib.”

Now it was the Arabs who were subservient to the Jews. And that was good. It meant recognition that the Jews were back, that the land had been restored to them. That acceptance, and the fear that attended it, again, translated to fewer acts of Arab terror. Jewish might had been demonstrated, as well as the Arab ineptitude in war. It had been insultingly necessary, from their viewpoint, for Israel to hand the prize to them, as they, on their own, had not able to defend it, to hold onto the Jewish Temple Mount for themselves.

At some point, however, the Arabs figured it out. They had Israel by the short hairs. The idea that Israel was sovereign was a joke, meaningless, as long as they held Har HaBayit, the vestiges of the Jewish Temple, in their hot little hands.

It begins with destroying the hold of the left on Israel. It is helped by intelligent initiatives such as the Abraham Accords. The accords appear to have an impressive ability to drown out the chatter: the false narrative of the fake refugees and their supporters, the people who hate the Jews so much they don’t even want them to have even a tiny sliver of land for themselves.

But mostly it begins at home. Israel must end the practice of issuing edicts forbidding Jews to ascend to the Temple Mount after murderous Arab terror attacks on Jews. This must stop.

It seems obvious that this simple act of omission would have a major impact on this terrible dynamic, in which the Jewish people are wronged and slighted after one of them is murdered, an imbalance of power in which the victim kowtows to his butcher. Don’t make edicts, don’t make statements. The enemy will begin to get the message. The terror attacks will lessen in number. The balance of power will yet be restored.

*Acronym for the Hebrew: Hashem Yinkom Damo/Dama (may Hashem avenge his/her blood). Used instead of Alav/Aleha Hashalom (may he/she rest in peace), when speaking of Jews who were murdered for being Jews, or who otherwise die in the service of a holy cause.