Israel haters (and the woke altogether) use classic brainwashing techniques 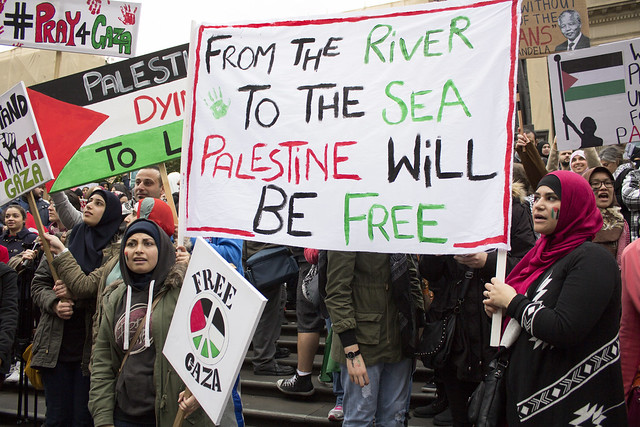 One major difference between anti-Israel demonstrations and pro-Israel rallies is that the Israel-haters rely heavily on repeating slogans.
Here's a small clip from yesterday's London demonstration that successfully threatened and attempted to physically attack Ambassador Tzipi Hotovely:
We see it over and over: every anti-Israel rally is filled with repetitious sloganeering, from small venues to large rallies.
Countless studies show that repeating anything makes it more likely to be believed.
A 2020 article in Psychology Today notes:

First described in a 1977 study by Temple University psychologist Dr. Lynn Hasher and her colleagues, the illusory truth effect occurs when repeating a statement increases the belief that it’s true even when the statement is actually false.
Subsequent research has expanded what we know about the illusory truth effect. ...For example, the perceived truth of written statements can be increased by presenting them in bold, high-contrast fonts or when aphorisms are expressed as a rhyme.

"From the river to the sea, Palestine will be free."

"There is only one solution, Intifada revolution:"

The repetition is used in many different ways. The entire point of "Israel Apartheid Week" on campuses is to have people associate "Israel" with "Apartheid," and this year Ken Roth of HRW used the words "Israel" and "apartheid" over 130 times together - and stopped using the word "apartheid" with any other country (as he had previously done). It is all part of the brainwashing technique with the express aim of demonizing Israel.

This is especially true for the young people who are the targets of anti-Israel brainwashing. Neuroscientist and physiologist Kathleen Taylor explains in her 2004 book on the subject that

repetition is an integral part of brainwashing techniques because connections between neurons become stronger when exposed to incoming signals of frequency and intensity. She argues that people in their teenage years and early twenties are more susceptible to persuasion. Taylor explains that brain activity in the temporal lobe, the region responsible for artistic creativity, also causes spiritual experiences in a process known as lability.

The techniques of brainwashing typically involve isolation from former associates and sources of information; an exacting regimen requiring absolute obedience and humility; strong social pressures and rewards for cooperation; physical and psychological punishments for non-cooperation ranging from social ostracism and criticism...

Taylor's solution to brainwashing is actually amazing because it shows how the socialist Left is making freedom of thought into a thoughtcrime:

In the final portion of the book, Part III: "Freedom and Control", Taylor describes an individual's susceptibility to brainwashing and lays out an acronym "FACET", a tool to combat influence and a totalist mindset.FACET stands for Freedom, Agency, Complexity, Ends-not-means, and Thinking.

How many times have you seen the Israel haters say stuff like this: 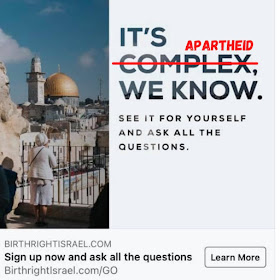 They don't want their followers to think. They want facile, false, repeated slogans instead to brainwash them.
They hate complexity. Real life is messy, but they want to reduce problems to black and white: everyone is good or evil, oppressor or oppressed, moral or Nazi.
They don't want their followers to even be exposed to the other side of the argument - hence "cancelling" and censorship, forcing self-censorship because of fear of violence, all with the goal of ending any possibility of voicing other opinions. The Tzipi Hotovely episode is one of many where they were successful. (My Twitter feed is blocked by hundreds of people I never heard of - the haters share lists of tweeters that they want to ensure they are never exposed to.)
They are against agency - Palestinians are passive victims with no responsibility, and so are members of every "oppressed" group.
The Israel haters and socialists not only knowingly brainwash young people, they are trying to set up an alternative morality where individual rights and freedom of thought are bad and unquestioning, blind following them is the only correct path.
The reason the pro-Israel and anti-Israel rallies are so different is because pro-Israel activists rely on truth, anti-Israel activists rely on brainwashing. And brainwashing is more effective.
The sad part is that it takes orders of magnitude more effort to combat brainwashing than it takes to brainwash to begin with. Facts are not relevant to those who are already in the cult (which is what Wokeism is.)