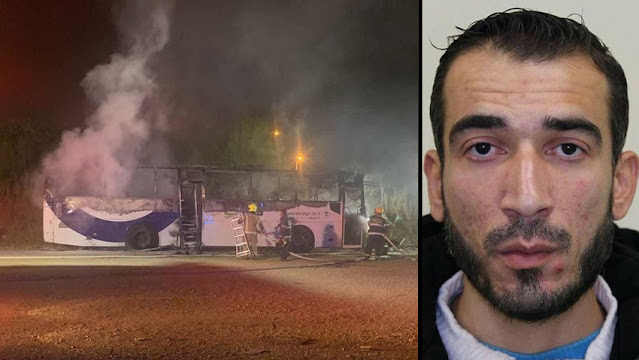 YNet reports that Israel's Shin Bet arrested a 29-year old Gazan on terror charges. He had been in Israel for well over a year.
Suleiman Kasab, from Khan Younis, entered Israel in January 2020 with humanitarian approval as an escort for his mother, who is suffering from a serious illness and was apparently treated in an Israeli hospital.
Kasab was in contact with the Al Aqsa Martyrs Brigades branch in Gaza, which he was apparently a member of in Gaza. He contacted them asking how he can be of service in performing terror attacks. According to the indictment, the terror group leader Abu Abu Saif al-Din told him to lay low, and said they would provide him with weapons and money.
Kasab hid in the mixed Arab-Jewish town of Ramle.
Correspondence between the terrorist and his Gaza mentor on the Signal app showed that they discussed many potential attacks, including blowing up fuel tanks at a kibbutz to cause many deaths, shooting attacks, and abducting and killing a Jew in order to use the body for bargaining to release prisoners.
It seems that Kasab became impatient and decided to start an arson spree in Ramle. He set a bus on fire, and then he threw a series of firebombs at residents' sukkot, spraying graffiti that "Fatah was here." 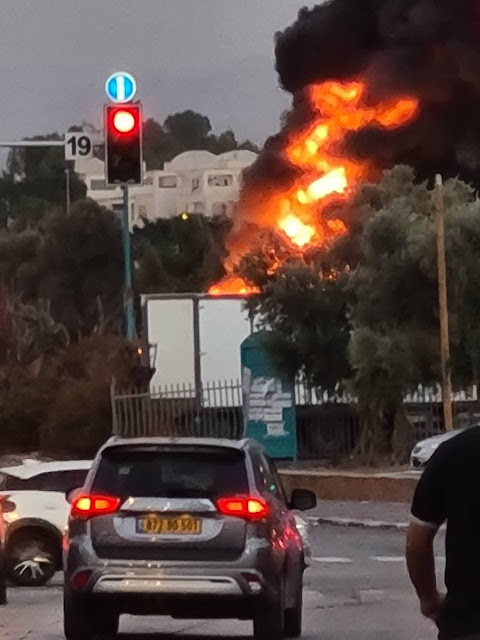 When Israel haters claim that Israel is blocking people from Gaza from traveling to Israel, they don't care about the fact that there is a history of terror attacks perpetrated by people who were given permission to enter Israel. Many of them support such attacks.
There is no incentive to attack sukkot during the holiday outside of pure antisemitism. It is only meant to not only damage a symbol of Judaism but to hurt innocent Jews.
This is Fatah - the political party that is led by Palestinian president Mahmoud Abbas.