The American intention to open a consulate in Jerusalem for the Palestinians is shaking the foundations of the current Israeli coalition. Foreign Minister Yair Lapid brought that message with him to the United States this week, as did Bennett in August when he met with Biden at the White House.
Both explained that the American insistence to open the consulate will likely seal the fate of the government and bring it to an end. Coalition members like Ayelet Shaked have already warned their colleagues that if a consulate opens in Jerusalem, they will leave the coalition.
“This will bring down the government,” one top minister told me this week, “and we have explained that to the Americans.”
But the Americans are refusing to budge. Biden seems determined to press ahead with the consulate, and Secretary of State Antony Blinken repeated this commitment on Wednesday when he said that the US plans on “moving forward with the process of opening a consulate as part of deepening of those ties with the Palestinians.”

Why does the US insist on opening a consulate in Jerusalem and not Ramallah? The only possible reason is that the US is claiming that east Jerusalem is Palestinian territory.
Since Israel considers it Israeli territory, this is a direct challenge to Israel.
It is also a legal issue. The Vienna Convention on Consular Relations says under Article 4: 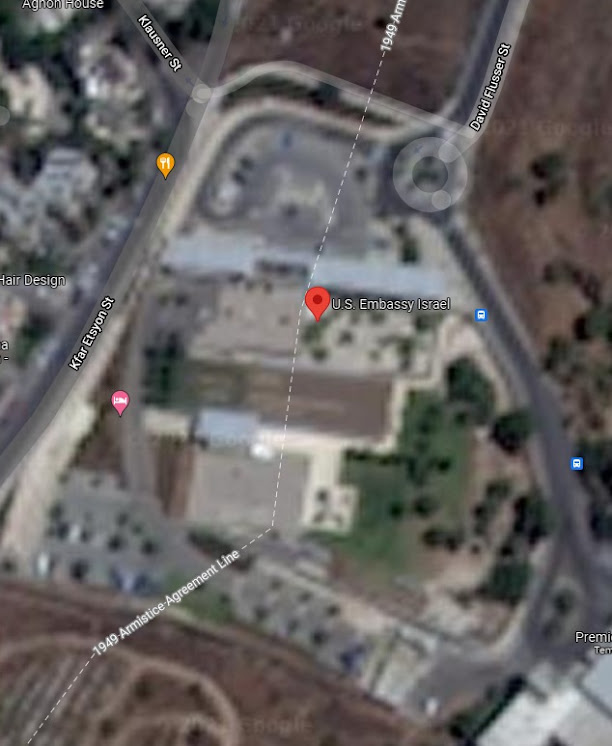 Israel can stop the US from opening a separate consulate in Jerusalem.
This is going to be a major issue in the coming month or two.
(h/t YMedad and Vic)