Open season on Jews from members of and candidates for Congress. In the US. In 2021.

Antisemitism from members  (or wannabe members) of Congress are getting more and more egregious, and American Jews need to wake up.
We've already discussed member of Congress Rashida Tlaib's outrageous linking of Israel to "they" who profit off of racism in America. Somehow, Israel is responsible for racism in America, and the "same people" who are behind Palestinian lack of water are those who take away water from people of color in Detroit - the people behind the curtain: The Jews. The Jew "behind the curtain" meme is a variant of the antisemitic trope of the Jew as the secret puppet-master controlling the lives of their poor victims, who are - according to Tlaib - "us" vs. the rich, Jewish, capitalist "them." 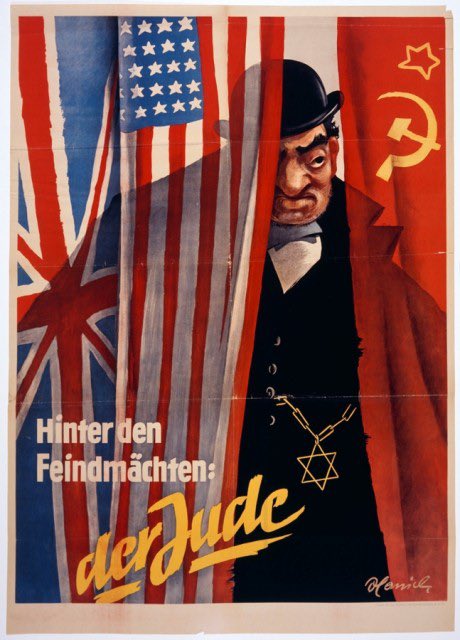 Then Democratic candidate Nina Turner blamed "evil money" three times for her defeat in a special congressional primary election on Tuesday to Shontel Brown in a heavily watched race.
Turner had raised far more money than her opponent - $4.5 million to Brown's $2.1 million - but the bulk of Brown's support came from the Democratic Majority for Israel buying ads. Saying that money raised by pro-Israel Jews is "evil" is once again evoking Nazi tropes about Jewish control. Somehow, Jewish money is more effective at winning elections than gentile money. Not only that, but she is saying that campaign money from Jews is equivalent to accepting money from murderers or thieves, that it is immoral for a campaign to allow funding from Jews who support a Jewish state.
Even though the President and the mainstream Democratic Party supported Brown, Turner blames Jews and their evil money for her defeat. It is hard to imagine a more antisemitic take.
But there was yet another politician, and member of Congress, who linked Jews to dirty money this week. Cori Bush gave a speech - on the floor of the House, no less - saying that Israel is somehow stealing money from poor people in St. Louis, repeatedly linking Israel with social problems in her district.
Bush, Turner and Tlaib are scapegoating Jews in the guise of "criticism of Israel" when their blaming Israel or Zionists for their own issues is as bogus as the age-old blaming of Jews for every other problem.
For a thousand years, people have falsely blamed Jews for every problem they cannot solve and everything they hate. The scapegoating of Zionist Jews we are seeing here from major politicians is exactly the same - the same hate, the same irrationality, the same scapegoating, the same antisemitism. This is not "criticizing Israel" - it is political figures going out of their way to attack Jews, to foment antisemitism and to attract antisemites to their side.
Almost worse are the apologists for these prominent political Jew-haters. They split hairs - Tlaib was only talking about "global systemic racism" (in which her only example happens to be Jewish Israelis), Turner is only talking about outside money influence (in which her only example happens to be Jewish Zionists,) Bush is only talking about the intersectionality of people struggling for their rights worldwide (in which her only example happens to be Jewish Israelis.)
This is more than concerning. This is the mainstreaming of Jew-hatred in American politics in ways that have not been seen since the 1930s.