In the days leading up to Tisha B'Av, the saddest day on the Jewish calendar that commemorates the destruction of the two Temples, there have been a number of stunning announcements of recent finds by archaeologists in Israel from the two periods.
Going in chronological order: 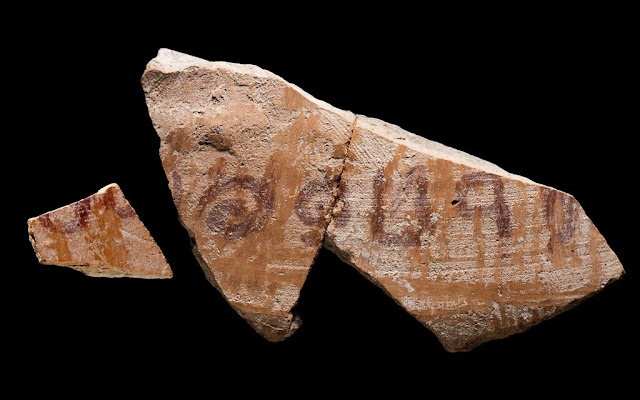 A painted pottery shard was found that dated to 1100 BCE, with the name Jerubaal on it. Jerubaal was the nickname of the Biblical judge Gideon, mentioned in the book of Judges.

“For decades, there were practically no inscriptions of this era and region. To the point that we were not even sure what the alphabet looked like at that time. There was a gap. Some even argued that the alphabet was unknown in the region, that there were no scribes, and that the Bible must therefore have been written much later,” polymath independent epigrapher and historian Michael Langlois told The Times of Israel.
“These inscriptions are still rare, but they are slowly filling the gap; they not only document the evolution of the alphabet, they show that there was in fact continuity in culture, language and traditions. The implications for our understanding of biblical history are vast — and exciting!” said Langlois, who was not involved in this current excavation. 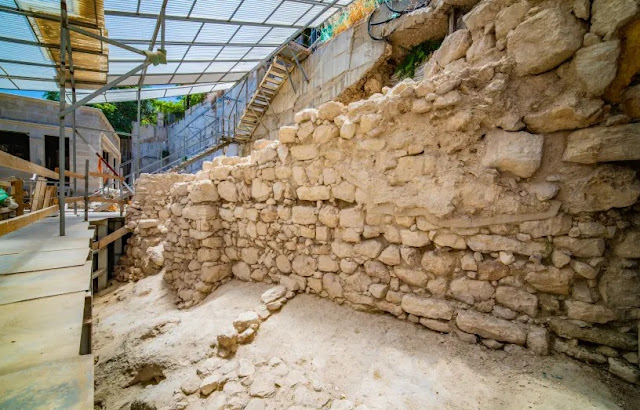 A section of Jerusalem’s city wall built during the First Temple period that was mostly destroyed by the Babylonian army in 586 BCE has been uncovered by archaeologists in the City of David National Park, the Israel Antiquities Authority said on Wednesday.
The part of the wall that has been newly exposed was built to protect the city from the east on its eastern slope.
"The city wall protected Jerusalem from a number of attacks during the reign of the kings of Judah, until the arrival of the Babylonians, who managed to break through it and conquer the city,” said directors of the excavation, Dr. Filip Vukosavović of the Ancient Jerusalem Research Center and Dr. Joe Uziel and Ortal Chalaf on behalf of the IAA.
“The remains of the ruins can be seen in the archaeological excavations. However, not everything was destroyed, and parts of the walls, which stood and protected the city for decades and more, remain standing to this day.” 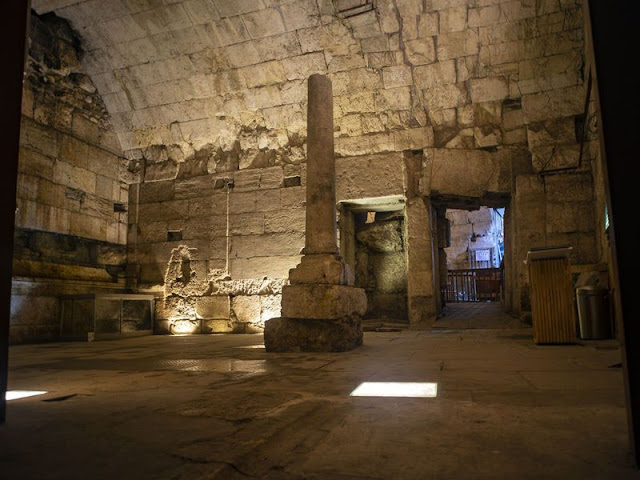 An enormous building that hosted public functions and perhaps city government meetings in ancient Jerusalem is reopening to the public some 2,000 years after its construction.
The newly excavated structure, located next to the Israeli capital’s Western Wall, consists of two identical, elaborately decorated halls where dignitaries may have gathered while visiting the city and the Second Temple, reports Rossella Tercatin for the Jerusalem Post.
“This is, without a doubt, one of the most magnificent public buildings from the Second Temple period ever uncovered outside the Temple Mount walls in Jerusalem,” says excavation leader Shlomit Weksler-Bdolah in a statement. 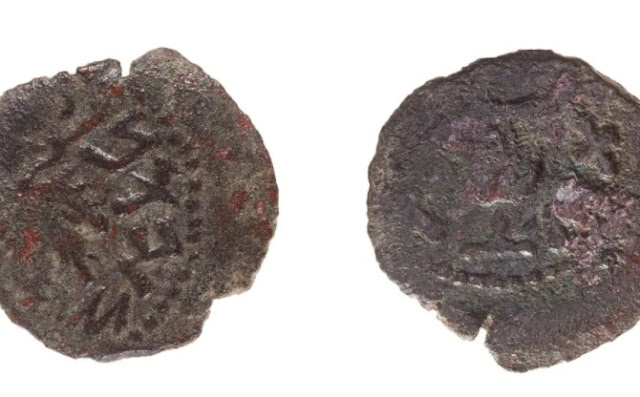 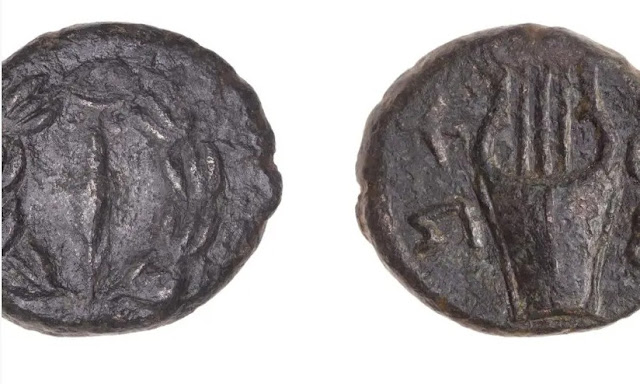 Two coins dating back some 2,000 years were found in the Binyamin region of the West Bank during an archaeological survey conducted by Bar-Ilan University, the university and the Binyamin Regional Council announced Tuesday.
The coins date back to the period of the Jewish revolts against the Romans.
One coin was discovered near Wadi Rashash, and another in a location known as Hirbet J’bait.
The artifact found in Hirbet J’bait was minted around 67 CE. It features a vine leaf and the Hebrew inscription Herut Zion (Freedom for Zion) on one side, and a goblet and the inscription “Year Two” on the other. Just three years later, in 70 CE, the Romans would destroy the Temple in Jerusalem. Several other remains from that period, including a ritual bath, have been uncovered in the area.
The second coin dates back to the time of the Bar Kochba Revolt some 70 years later. It bears a palm branch surrounded by a wreath and the inscription LeHerut Yerushalayim (Freedom to Jerusalem) on one side and a musical instrument and the name “Shimon” on the other – the first name of the rebellion’s leader Bar Kochba.

As usual, Israel haters get upset over these finds. Hamas released a statement about the discovery of the First Temple era city walls with the accusation that Israel was “falsifying and stealing history.”
(h/t Yoel)