The Poisoning of American Jewry is Complete (Judean Rose) 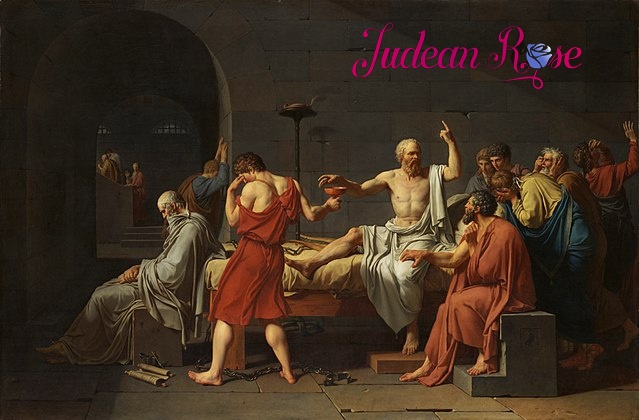 (2) What were Akiva's beginnings? It is said: Up to the age of forty, he had not yet studied a thing. One time, while standing by the mouth of a well in Lydda, he inquired, "Who hollowed out this stone?" and was told, "Akiva, haven't you read that 'water wears away stone' (Job 14:19)? - it was water falling upon it constantly, day after day." At that, Rabbi Akiva asked himself: Is my mind harder than this stone? I will go and study at least one section of Torah. (Avot D'Rabbi Natan 6:2)

It was only a matter of time. Living on a steady diet of anti-Israel propaganda was bound to have an effect on American Jewry, wearing down their critical thinking skills and turning them against their brothers in Israel. The propaganda is not stealthy, but is completely out there: served straight up not just on social media, but in the ivy halls of academia, from the pulpit, and in the pages of the New York Times.

This is crucial, because it’s one thing if you hear it at a party or see it on Twitter, but if your college professor and/or your rabbi tell you that Israel is occupying Arab land, and the New York Times publishes only articles critical of Israel, then that’s all there is. The average or even very educated American Jew isn’t going to dig deeper. Why should a Jew question what the rabbi says in her sermon in temple? Why would the New York Times, an august newspaper—perhaps the newspaper of all newspapers—hide the truth? Why would your professor tell you straight up lies within the hallowed halls of the college classroom?

These are the sources we were taught to respect: our clergy, our teachers, the Gray Lady. Over time, even the most educated of Jews—perhaps especially the most educated of Jews—cannot help but absorb the barrage of disinformation and conclude that Israel is engaged in war crimes against the “Palestinian” people. This salvo of anti-Israel propaganda is the “water falling upon it constantly, day after day.”

This painful reality was brought home to me during a recent phone conversation with my cousin. We had become close over the past year and a half, as both our mothers went into decline and then passed away within six months of each other. It began when my mother told me that my aunt had been diagnosed with lung cancer and didn’t have long to live. I reached out with regular phone calls to my cousin, who lived with my aunt and was her sole caregiver. If nothing else, I thought, I can listen and lend emotional support.

After my aunt died, my mother began her own decline that ended in her death. At that point, my cousin became my emotional support and listening ear, and the relationship deepened. This was very good for both of us. I think we both looked forward to our long, regular phone calls.

During our most recent call, my cousin asked if all my children and grandchildren had returned to their homes after taking refuge with us during the rocket fire—if my home had returned to normal. I confirmed that this was the case, though I lamented that this was likely to be temporary, until such time as Hamas restocks its rocket supply. “How I wish the world could see my granddaughter melt down on hearing a passing ambulance, thinking it was a rocket siren,” I said. “Maybe then they’d finally understand and stop pointing a finger at Israel.”

“Children on both sides feel the same way,” my cousin said, shocking me to the core. I’d had no idea that was coming. “Both sides are suffering."

"They shot 4,360 rockets at us, 4,360 rockets! Did you want us not to respond??" I sputtered. "Is it on Israel when Hamas places rocket launchers in residential buildings, hospitals, and schools to hide behind human shields to create photo opps to make the world blame and hate Israel?

“Our response was surgical. We called every resident of every building and warned them, giving them an hour to vacate before every attack. We used the knock on the roof tactic. But they gave us no such warnings.

"We targeted terrorists. They targeted civilians," I said, trembling, the heat rising to my face.

“And the timeline matters," I continued, pounding the desk where I sat. "They shot the rockets first, unprovoked, into heavily populated cities. Thousands and thousands of them.”

“What are you saying??? What are you even talking about? There has been a continuous Jewish presence in Israel. Your great great grandparents are buried on the Mount of Olives,” I said.

Her meaning was clear: we should end this phone conversation before we ruin our beautiful, warm relationship. Shocked and struggling for composure, I choked back the words, said “Bye,” and hung up the phone.

I sat back stunned, pondering what, if anything I could or should do about this. How could a close relative of mine be so under the spell of these anti-Israel lies? My cousin is highly educated, highly intelligent. Meantime, it has for years been my daily business to try to be an advocate for Israel, to disseminate information, and fight back against the lies with facts.

I wanted to show her she was wrong, with facts and documentation, but she was telling me that she did not want to hear it. She had her strongly held beliefs and I had mine, and never the twain shall meet.

It felt like we were no longer the same religion.

I knew she was sorry/not sorry she’d outed these feelings to me, and at the same time was putting up a wall: she was not willing to hear what I had to say on this subject. As far as she was concerned, the subject was closed.

I now understood why, during the rocket fire, she had written me and begged me to "return"—she would purchase a ticket for me if I wanted to “come home.” It was ridiculous. I have a husband, children, and grandchildren in Israel. Israel was, by now, truly home in every sense. I have deep ties, family ties. To tell me to leave defied logic, but it had all become clear: in her mind, I shouldn’t be here, here in Israel. I should never have been here. There was no reason for me to steal land. I had family in Pittsburgh, a place to call home. Why would I come halfway around the world to live in land that already had other people living there?

It reminded me of when my late mother questioned my aliyah. “But you have always supported Israel,” I said to her.

“Yes. But Israel is for Moroccans. For Russians. For Jews who have no place to go.”

What was always missing, and impossible for me to convey to my mother was my deep love for Israel. But my mother did know that Israel was the Jewish homeland. With my cousin, it was different. She believed the lies. Believed that the land belonged to other people and that we stole it from them, and she was unwilling to hear the truth, read a population census, or bone up on the religious imperatives that make it crucial for believing Jews to live in the land and only in the land.

My wallet was full, I had a wealth of information at my fingertips to dispense to her, but the register was closed. She was not willing to listen. Still, I wrote a long email, filled with source material and video clips. I had to. I couldn’t bear it that I knew the truth and she did not and would not even listen. I didn’t send the email, and then I did.

From her point of view, it was a “political disagreement,” a no man’s land where we should never venture. But it wasn’t. She’d been filled to the brim with lies. She likely subscribed to the New York Times, thought it credible. But she wouldn’t, on the other hand, have read Gilead Ini, who chronicled the obscenely anti-Israel bias of the coverage during the most recent conflagration:

Between May 10, the day Hamas first opened fire on Israel, and May 27, when a Florida Holocaust museum was defaced with the phrase “Jews are guilty,” the newspaper published nine anti-Israel Guest Essays about the alleged misbehavior of Israeli Jews; three evenhanded Guest Essays that criticized and empathized with both Israeli Jews and Arabs; and not even a single Guest Essay that was primarily critical of Hamas or Palestinian behavior in the conflict.

No. She wouldn’t have read Gilead Ini, nor would she have been willing to read Gilead Ini, or any of the other myriad voices that speak out against the bias in the media, and everywhere else. And she wasn't going to read my email. Because she’d been programmed to discount our voices and the facts. And there would be nothing I could say that would change her mind. Her mind was a closed door: closed to me, closed to the facts, closed to the rightness of Israel and the wrongness of Hamas and the PA and Arab terror against its own population and ours.

I now have a personal problem to solve: how to move forward with my cousin now that I know she feels I’m engaged in war crimes and stealing the land of poor brown people. But my conundrum is only one small symptom of a much wider, fatal disease. Large sectors of the Jewish people are breaking away, and we are no longer one. It is no longer a given that Jews and Israel go together like a horse and carriage. Now, we are told, Jews have no business being in Israel, the bible, history, and the facts be damned.

I think of my cousin, and her deep connection to her congregation, named after King David, and the irony couldn’t be more stark. It was David who established the first Jewish kingdom in Israel, in Jerusalem. It was David the psalmist, who wrote, "If I forget thee, O Jerusalem, let my right hand wither, let my tongue cleave to my palate if I do not remember you, if I do not set Jerusalem above my highest joy." (137, 5-7).

This is what we are now witnessing. American Jews have forgotten their connection to Jerusalem, to Israel. As a result, their Judaism has withered. They no longer remember why they are supposed to love and fight for Israel. Their ties to their people continue to weaken as they marry out and accuse Israeli Jews of war crimes. Their tongues cleave to their palates when it comes time to speak out for their sisters and brothers in Israel, people like my five-year-old granddaughter who melts down at the sound of a passing ambulance. They forgot they are supposed to fight for us and against the anti-Israel, antisemitic lies, even when they are printed in the New York Times, or preached from a pulpit or a lectern.

I respect your first cousin for stating out loud the genocidal consequences of the NY Times editorials. Most of their editors believe they are serving Social Justice.

I may yet manage to preserve the relationship with my cousin. Love and blood ties are strong and deep. But without the tie-in to Israel, American Jewry is doomed, and will not survive.

I give it a decade. After that, all that will be left of the Golden Age of American Jewry is lox and bagels and a footnote—or if they’re very lucky—an entire chapter in the very large and dusty, many-volumed, two-thousand-year history of the Jewish people.