The mezuzah on the Hezbollah tunnel

Today, the Israeli members of Digitell, organized by the Ministry of Strategic Affairs, went on a fact-finding tour of the north of the country, making me very jealous as a person who has been on Digitell events in the past.
They had discussions with Arab Israelis about minorities in Israel, but the highlight was a tour of the terror tunnels from Hezbollah that were discovered in Israel. 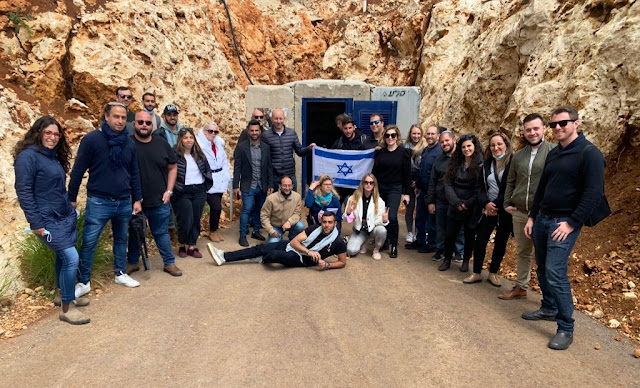 I was particularly amused at this photo of Tweeter extraordinaire Moran T, where she shows that someone put up a mezuzah - a Hebrew scroll placed by Jews on doorposts - at the entrance of the Hezbollah tunnel. 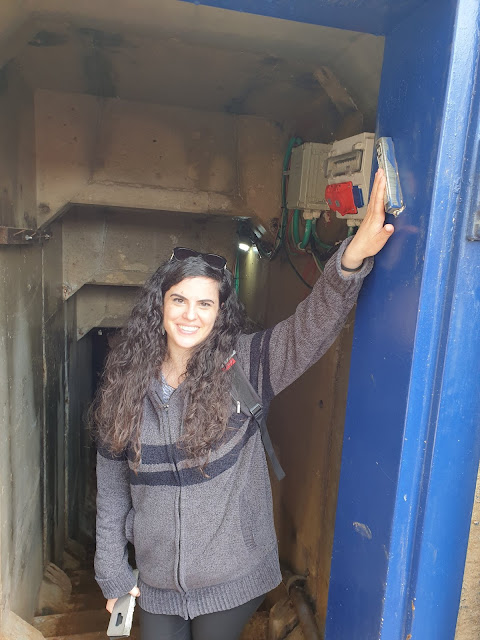 Mezuzahs are said to be protective of the buildings and rooms on whose entrance they are placed. Here, the IDF protected all of Israel by finding this tunnel before the terrorists could enter and kidnap or kill Israelis. In that sense, the IDF is Israel's protective mezuzah, and seeing this one at what could have been a source for a terrible terror attack seems very appropriate.