The Biden administration is gaslighting Jews

Days after resuming U.S. funding for the troubled U.N. agency that administers to Palestinian refugees and their descendants, the Biden administration says it has the commitment of UNRWA to “zero tolerance” for anti-Semitism, racism or discrimination.
“UNWRA has made clear their rock-solid commitments to the United States on the issues of transparency, accountability, and neutrality in all its operations,” a senior U.S. official said in an interview this weekend, describing the process that led last week to the administration announcing the resumption of funding for the agency. “And what neutrality means in the context of the United Nations is zero tolerance for racism, discrimination, and anti-Semitism.”

These promises are the exact same ones that UNRWA has made to the US and others over the years. Every time that UNRWA is shown to teach hate and support for terrorism, UNRWA tries to cover it up, issues statements that contradict clear facts, and then goes on to beg for more money because it is being persecuted by people who demand accountability.
I have discovered myself, dozens of times, explicit antisemitism being taught in UNRWA schools or posted by UNRWA teachers which resulted in UNRWA acting quickly - to take down the posts, but not to change a thing. 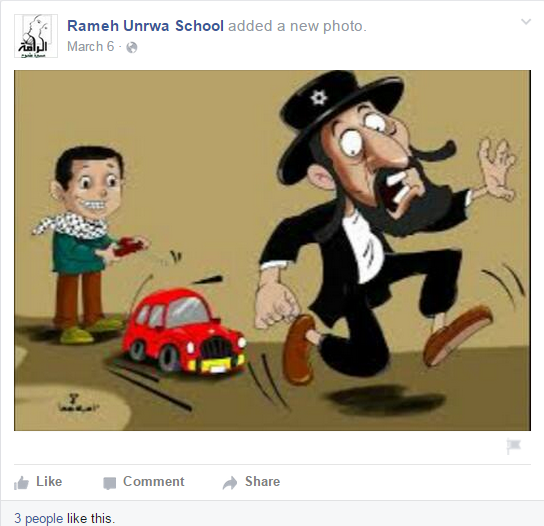 In 2016, I found a Gaza school Facebook page showing students supporting the spree of stabbings and car rammings happening then. UNRWA removed its logo from the Facebook page of the school - and the Obama State Department issued a ridiculous statement about how seriously UNRWA takes these things:

QUESTION: The – yesterday I asked you a question about the UNRWA school incitement --
MR KIRBY: Yeah.
QUESTION: -- which seems to go to – or possibly might go to the fact that there is still this ongoing violence that doesn’t appear to be abating. Did you – were you able to look into that?
MR KIRBY: So yeah, and as we’ve said before, we’ve seen this report that you’re talking about, and we’re looking into the allegations. As we’ve said before, anti-Semitism and incitement to violence are totally unacceptable. And UNRWA itself has made clear that it will not tolerate anti-Semitism or incitement to violence by its staff or in its classrooms, and they’ve condemned racism in all its form. We want and we expect that UNRWA will meet that – their own statements, they will meet those principles. And every such allegation brought to UNRWA’s attention thus far has either been or is being assessed. And again, our expectation is that these will as well.
We’ve asked UNRWA to keep us informed here at the State Department of the findings of its investigations into these allegations. Upholding their own strict policy of neutrality is vital to the agency’s ability to carry out what we believe to be critical life-saving work.
QUESTION: And then the other thing is, do you believe, based on what you’ve seen thus far since these reports started coming out, that they have been upholding this strict policy of neutrality?
MR KIRBY: Well, I mean, it’s certainly something we’ve talked to them about and will continue to. And as I said earlier, every such allegation brought to UNRWA’s attention has either been or is being investigated and looked at. So what I can tell you is it’s apparent to us they’re taking it seriously and they’re looking into these things, or they have looked into them in the past and closed them out. ...We’re certainly worried and concerned that there could be a problem that needs to be fixed.
QUESTION: There could be?
MR KIRBY: Right. I mean, I think we need to let these investigations play out. But we’ve been very clear about our concerns with respect to incitement of violence and anti-Semitism that has allegedly occurred in UNRWA.

Since then, of course, we have seen more examples of UNRWA teaching incitement and hate, not less.
Only this year UNRWA was caught providing students with educational materials created by UNRWA - not by host countries - that explicitly encouraged students to become martyrs. UNRWA's own logo is on this page encouraging the "sword" to "free the motherland." 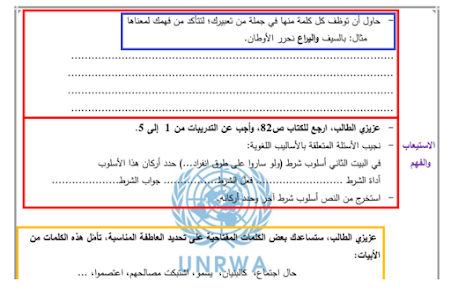 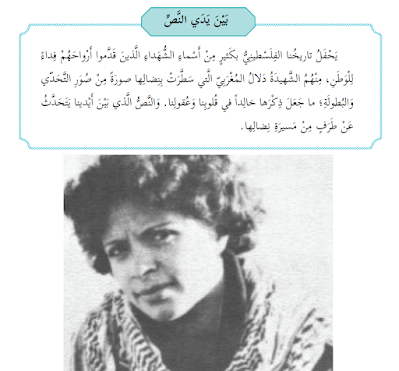 Back to this JTA story, this little detail is very important:

The Biden administration official, who asked not to be named in order to speak candidly, reached out to JTA.

UNRWA knows it is lying. The White House knows UNRWA is lying. And it chooses to defend those lies.

Now that we've seen that Biden is treating Jewish concerns over UNRWA inciting terrorism with contempt, can anyone think that they are doing anything different over the Iran nuclear negotiations?
I have been willing to give the new administration the benefit of the doubt. That is no longer possible. Even though Biden campaigned on restoring aid to UNRWA, the subsequent news that UNRWA's own custom educational materials included explicit support for terrorism should have caused a moral White House to at least pause and insist on real reform before returning to fund UNRWA, at the very least.
Seeing White House officials treating Jews dismissively concerning UNRWA shows that they intend to do the exact same thing with respect to Iran.