Projection time: Palestinians accuse Jews of creating 100,000 fake graves - including at the Mount of Olives

The Jordanian Al Ghad newspaper claims that there are thousands of mock Jewish graves surrounding Jerusalem as a means to control lands.

In occupied Jerusalem and the vicinity of the blessed Al-Aqsa Mosque, thousands of phantom Jewish graves that were planted by the Israeli occupation are spreading with great frequency and still are, surrounding and besieging the blessed mosque with imaginary symbols that are not found in history, to fully control the Waqf and Palestinian lands in the city.
After 1967 and the occupation of Jerusalem, the occupation authorities seized dozens of additional dunams of land, and turned them into modern Jewish cemeteries, and new ones that were not there before, that did not contain tombstones or remains of dead bones, in order to serve settlement and Judaization.
Over the past years, the occupation carried out massive falsifications of history, archeology, geography, and Arab-Islamic names in Jerusalem, in order to legitimize fake Jewish graves and create a sacred Jewish region.
Specialist in Jerusalem affairs, Fakhri Abu Diab explained in his interview with Safa agency that more than 100 thousand fake graves have been planted so far on large areas of green lands, specifically in the towns of Silwan, Al-Tur and the vicinity of Al-Aqsa.
The imaginary graves extend - according to Abu Diab - from the southern and eastern wall of the Al-Aqsa Mosque to as far as the Mount of Olives, east of Jerusalem, through the town of Silwan, Wadi al-Rababa, Ras al-Amud, and the Shayah area.

The story is true - about Palestinians.
While Palestinians have made these claims before, in fact the only people who have ever erected fake graves were Palestinians, most notably in the Mamillah cemetery in 2010 when they were discovered to have hastily placed hundreds of fake gravestones on top of nothing but trash.
The most disgusting thing about the Arab charges is that they are claiming that the Mount of Olives, the oldest Jewish cemetery in the world with over 100,000 graves, whose gravestones were stolen by Jordan between 1948 and 1967 and used to pave roads and build latrines, where my own ancestors and other relatives are buried - is all a lie.
Here are a couple of photos of Jordan's using ancient Jewish gravestones for building. 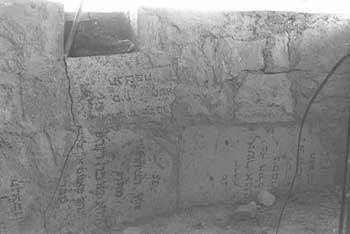 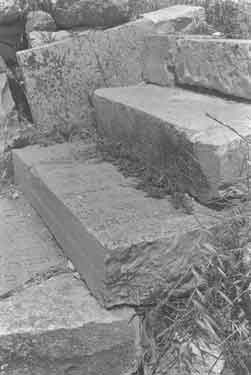 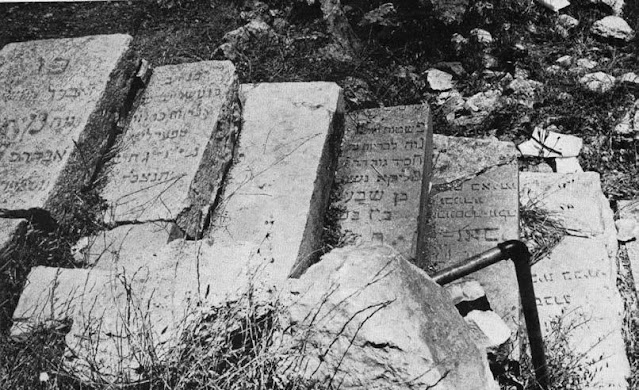 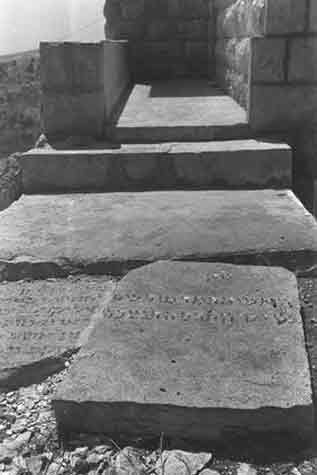